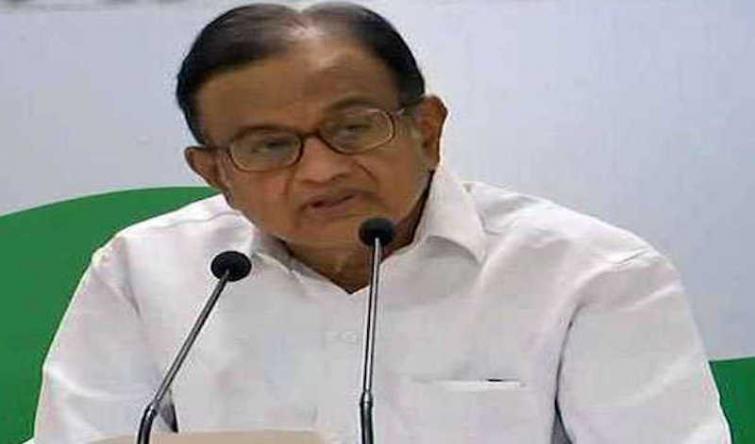 New Delhi, May 6 (UNI): Reacting to BJP leader and Union finance minister Arun Jaitley's comments on former Prime Minister Manmohan Singh wherein he said Singh had brought the Grand Old Party to the lowest strength in Parliament, senior Congress leader P. Chidambaram on Monday said Jaitley should go through the the latest reports of his ministry on the current state of the economy rather than attacking the former PM.

Chidambaram said the finance minister should go through the latest report of the Economic Division of the Ministry of Finance which has discovered its voice and has now come out with the truth.

"Instead of giving lessons to Dr Manmohan Singh, the FM should read the latest report of his ministry on the state of the economy," Chidambaram, who is also a former finance and home minister, said in a tweet. "As we are closer to the results, the Economic Division of MoF has discovered its voice and spoken the truth."

On Sunday, Jaitley had attacked former Prime Minister Manmohan Singh, saying that he had "left behind in 2014 an economic slowdown, policy paralysis and corruption. He brought down his party to lowest ever strength in Parliament. India was a part of the fragile five."

"When an economist turns into a politician, he looses sense of both economy and politics," Jaitley had tweeted.

On Sunday Singh, in an interview, had also attacked the Modi government terming NDA government's five year rule as the most "traumatic and devastating" for the youth, farmers, traders and every democratic institution in the country.