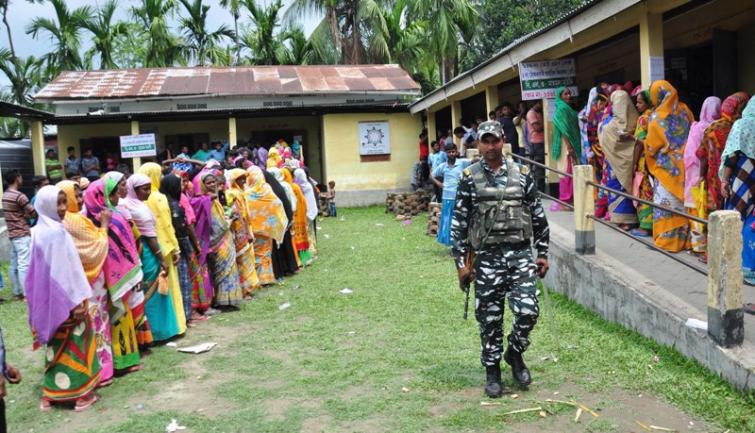 Guwahati, Apr 18 (IBNS): An estimated 73.32 percent of the 68,36,496 voters in five Lok Sabha constituencies in Assam exercised their franchise during the second phase of Lok Sabha polls on Thursday.

Among the five constituencies, Nowgong Lok Sabha constituency recorded the highest polling at 75.71 percent, followed by Mangaldoi at 75.07 percent, Silchar at 71.79 percent, Karimganj at 71.41 percent and Autonomous District at 69.51 percent.

Voting for four constituencies in the state – Gauhati, Barpeta, Kokrajhar and Dhubri-will be held on April 23 in the third phase.

On the other hand, 74.30 percent voter turnout was recorded for Inner Manipur Lok Sabha seat, where polling was held on Thursday in the second phase.