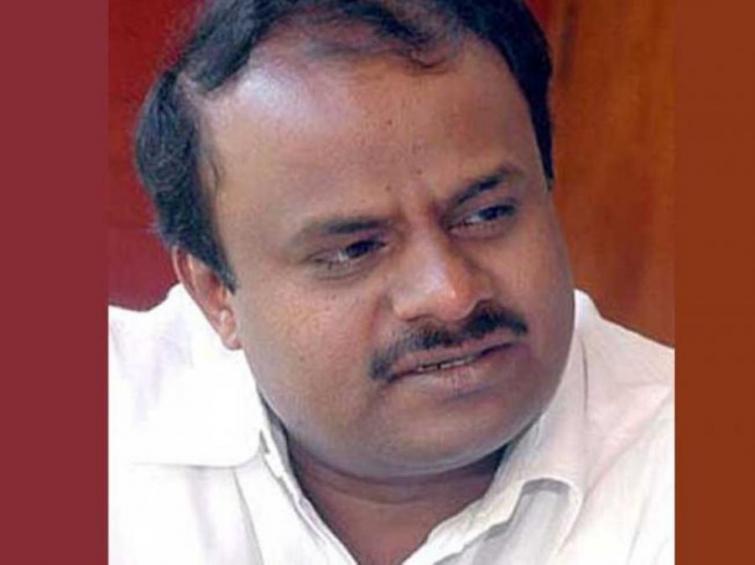 Modi govt failed on its promises, should be defeated: Karnataka CM

Mangaluru, Apr 7 (UNI): Karnataka Chief Minister H D Kumaraswamy appealed to voters in Karnataka to have a rethink on continuation of BJP government at the centre, which had failed to live up to the calls of the common people and farmers in the country.

Alleging that Prime Minister Narendra Modi had not achieved what he promised to the people of the country after 2014 Lok Sabha elections, he said the union government had not worked towards solving problems faced by people of the Coastal districts in Karnataka.

‘’It was time the BJP is defeated by the people and they elect an alternative government at the centre," said he.

Speaking to newsmen here on Sunday, Kumaraswamy questioned, "What Modi has done to the welfare of the people of this region."

Squarely blaming the merger of the home-grown Vijaya Bank with Bank of Baroda, he charged that "the BJP government at the Center was also responsible for the privatisation of the Mangaluru Airport."

"Instead of solving the problems faced by the people of the coastal district, Modi had tried to cover up the issues," he added.

The Chief Minister was on his way for the election campaign of the party candidate at Karkala for the coming Lok Sabha elections in Dakshina Kannada segment.

Narendra Modi is scheduled to address a public meeting in the Port City on April 13.