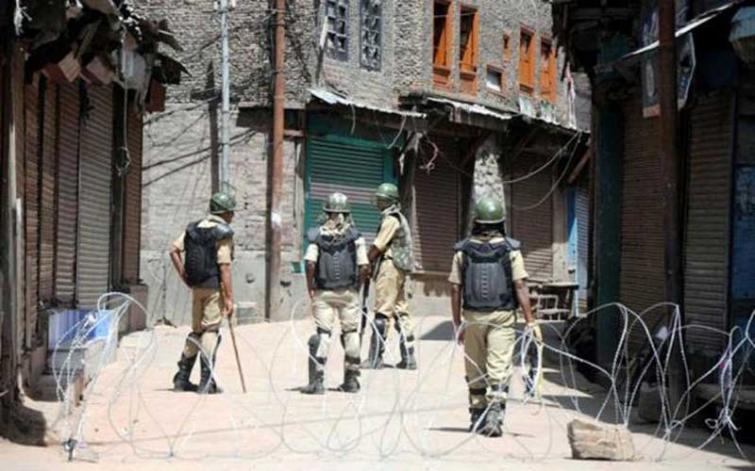 Srinagar, Mar 28 (IBNS/UNI): At least three suspected terrorists were killed during an encounter with security forces in south Kashmir's Kulgam district on Thursday.

Three militants were reportedly killed by security forces in an encounter which ensued during a Cordon and Search Operation (CASO) in south Kashmir district of Kulgam on Thursday, official sources told UNI news agency.

They said acting on a tip-off about the presence of militants in Barwan in Keller forest troops of Rashitriya Rifles (RR), Special Operation Group (SOG) of Jammu and Kashmir police and CRPF launched a joint Cordon and Search Operation (CASO) in the wee hours today.

Security forces, marching towards particular area in the forest, came under heavy fire from militants hiding there, they said, adding that the fire was returned ensuing in an encounter.

Three militants were killed in the encounter, they said, adding the operation was still going on when the reports last came in.

Meanwhile, internet mobile service has been suspended in Kulgam as a precautionary measure to prevent rumours.

Additional security forces have been deployed to prevent any demonstration, they added.