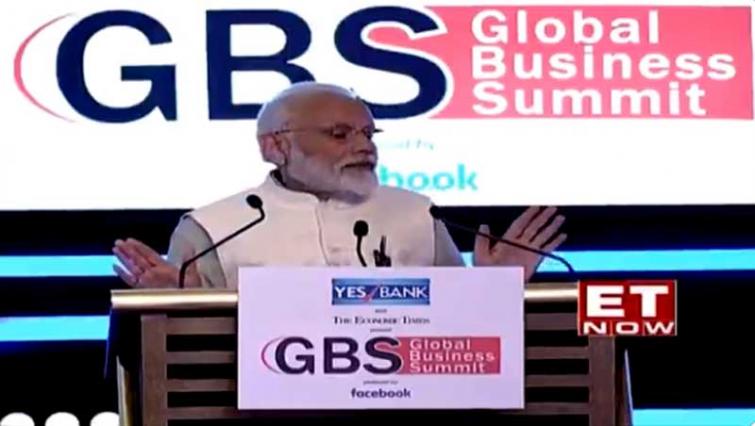 New Delhi, Feb 23 (UNI) Enumerating the many achievements of the NDA government, Prime Minister Narendra Modi said on Saturday that the BJP led regime came to serve the people of the country and today, the change is clearly visible.

'Our government came to serve the people and today the change is clearly visible.

The changes were visible on the ground first and later, on paper, he said.

'We are now witnessing various forms of competition,' he said.

There is competition between ministries, between states, a competition on development, a completion on achieving targets,' Mr Modi said.

He said there is competition as to which state will attract more investment.

There is competition as to which states will build houses for the poor fastest or to which aspirational district will progress fastest, he said.

The country was facing total policy paralysis and this was preventing the economy from reaching the level which it was worthy of, he said, adding that the global fraternity was worried about health of this member of fragile five club and there was a perception of surrender to existing circumstances.

'Who would know better than all of you here about the challenges the country was facing during 2013-14; inflation was breaking the back of every house-hold. Increasing current account deficit & higher fiscal deficit were threatening macro-economic stability of the country,' Mr Modi said.

India missed the bus when it came to the first three industrial revolutions but as far as the Fourth Industrial Revolution is concerned, this is a bus we haven't simply boarded, but we will also drive it! pic.twitter.com/A2YFzpkUSd

Listing out his government's achievements, the Prime Minister said now, a business with a turnover of upto Rs 40 lakh does not have to register for GST.

a business with a turnover of upto Rs 1.5 crore is eligible for the composition scheme,' he said.