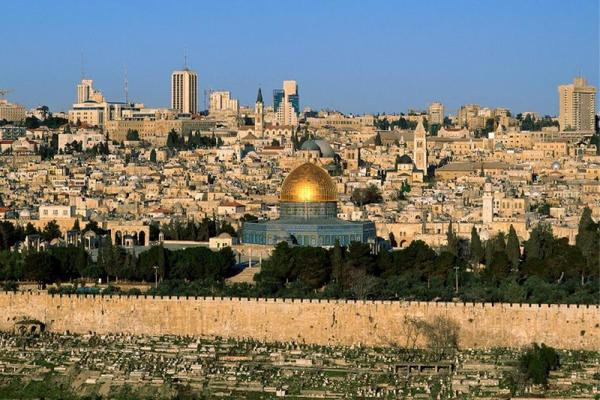 India's position on Palestine is 'independent and consistent': MEA

New Delhi, Dec 7 (IBNS): Ahead of US President Donald Trump's declaration of Jerusalem as the capital of Israel, India cleared its position on the subject as "independent and consistent".

The official spokesperson of Ministry of External Affairs (MEA) said: "India's position on Palestine is independent and consistent. It is shaped by our views and interests, and not determined by any third country."

Trump is expected to make the announcement of the dramatic foreign policy decision at the White House at 1 pm on Wednesday.

The United States will officially recognise Jerusalem as the capital of Israel as the first country in the world to do so since the foundation of the state in 1948, media reports said.

Trump is also expected to give his approval for shifting the US Embassy from Tel Aviv to the holy city,  reports quoted senior officials in the Trump administration as saying.

The Guardian quoted an administration official saying "for a long time the United States’ position held that ambiguity, or lack of acknowledgement would somehow advance the prospects of peace."

“It seems clear now that the physical location of the embassy is not material to a peace deal … So having tried this for 22 years, an acknowledgement of reality seems like an important change,” the official said.

The Independent has quoted officials as saying that recognition of Jerusalem as Israel's capital will be an acknowledgement of "historical and current reality" rather than a political statement.

Israel welcomes the changes but the Palestinians and Arab leaders have warned the move will jeopardise any Middle East peace process.

According to reports, Trump's declaration could ignite violent protests in the Middle East and undermine the White House’s effort to strike a peace deal between Israel and the Palestinians.

Mahmoud Abbas, president of the Palestinian Authority, has already warned Donald Trump of the “dangerous consequences" if he went ahead with the move.

Reports said after President Donald Trump told Jordan's King Abdullah II on Tuesday that he plans to move the American embassy in Israel to Jerusalem, the latter warned Trump of "the danger of taking any decision outside the context of a comprehensive solution that establishes a Palestinian state with its capital in east Jerusalem".

"Jerusalem is the key to achieving peace and stability in the region and the world," the statement from Jordan said.