"The political system of the country has undergone significant changes in the past three years," Amit Shah said while addressing a press conference.

"This is a efficient government," Shah said.

He said the BJP government is working hard to take the country to the path of development.

"The Modi government is working towards creating a new India," Shah said. 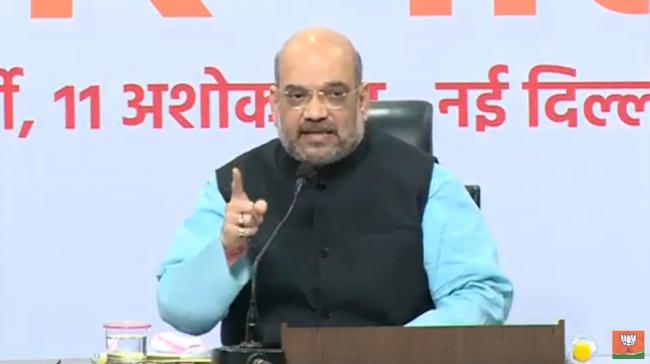 "The opposition leaders are trying to target the government, but the BJP is trying to plan and channelise the country to the path of development. Both are completely different strategies," he said.

Shah said he is hopeful that the BJP will increase its numbers during the upcoming 2019 Lok Sabha polls.

The Modi government has completed three years in its office.

The BJP, under the leadership of Prime Minister Narendra Modi, had won the Lok Sabha polls in 2014 by huge margin and formed the government, ending the Congress-led UPA rules of 10 years.