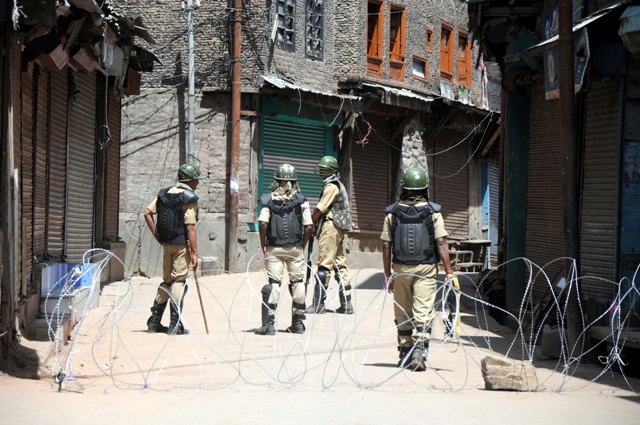 According to reports, militants barged into the court complex in Shopian and snatched five rifles from the policemen posted there.

Soon after the incident top police officials visited the site and suspended all five policemen for the alleged negligence of duty.

Following the snatching incident, an alert was sounded in the district.

The incident comes a day after militants killed five policemen, who were accompanying a district treasury van in adjoining Kulgam district.