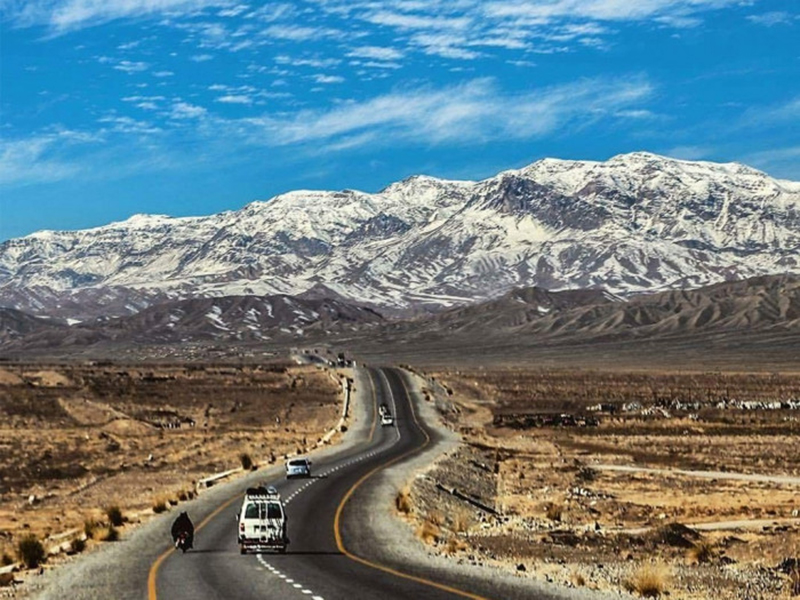 On August 3, 2022, Baloch Liberation Army (BLA) cadres blew up the gas pipeline in the Chashma Aab area of Mach in the Kachhi District of Balochistan. BLA ‘spokesman’ Azad Baloch claimed responsibility for the attack and warned, "Our such attacks will continue till the independence of occupied Balochistan."

On July 29, 2022, Baloch Republican Guards (BRG) cadres blew up the gas pipeline in the Sui area of Dera Bugti District. BRG ‘spokesperson’ Dostin Baloch claimed responsibility for the attack and cautioned all oil and gas exploration companies in Dera Bugti to withdraw from “all exploitation projects of the occupiers, otherwise they would be responsible for their losses.”

On July 18, 2022, BLA cadres destroyed a gas plant in the Sheekhri area of Kalat District. Jeehand Baloch stated that the gas well was destroyed and the security guards at the site were taken into ‘custody’. As the guards were locals, they were released later with warnings. Their weapons were, however, confiscated. BLA warned locals to refrain from being accessories of enemy forces and its exploitation projects, or they would be targeted.

According to partial data compiled by the South Asia Terrorism Portal (SATP), militants have carried out at least six attacks targeting Gas/Oil installations and tankers in Balochistan in 2022 (data till August 14, 2022). Two Security Force (SF) personnel have died in these attacks.

There was not a single such attack in 2021. A total of 248 such attacks have been recorded since August 16, 2004, when the first such attack was recorded. These 248 attacks have resulted in 41 fatalities and 45 persons injured. Five paramilitary troops have been killed and another 12 sustained injuries in two attacks near the Sui gas fields of Dera Bugti District.

Pakistan's economy is highly natural gas dependent, with this resource accounting for about 50 per cent of the country's total energy consumption. Attacks targeting this source of energy have significant detrimental impact on the country's economy, a reality the Baloch insurgents are well aware of, and seek to exploit.

This also explains the disproportionate number of incidents and causalities, as the main objective of Baloch insurgents is to inflict economic damage on the Pakistani establishment, and not to kill people. Indeed, after the June 29, 2020, Pakistan Stock Exchange attack, which resulted in 15 deaths, the Balochistan Liberation Army (BLA) 'spokesperson', Jeehand Baloch had declared.

Targeting the civilians is not a part of our war-philosophy and unlike our enemy, we do not measure the rate of success by counting the innocent lives taken, but our success resides in targeting the defenders of the exploitative scheme and all its symbols.

Natural gas was discovered at Sui in Balochistan as far back as in 1952. The commercial production of gas commenced in 1955. Ironically, more than 60 to 70 per cent of the population of the district does not have a ‘Sui gas’ facility even after 67 years. The Balochistan Minister for Education, Abdul Rahim Khan Ziaratwal, informed the Balochistan Assembly on August 28, 2017, that, of the 33 Districts in the Province, 23 had no supplies of natural gas. Later, on December 9, 2019, the then convener of the Subcommittee of the Senate Standing Committee on Planning Development and Reforms, Mir Kabeer, disclosed that 93 per cent of the people of Balochistan lacked gas supply, while 88 per cent were without electricity. According to a September 24, 2021, report presented to the National Assembly, only 36 per cent of the area of Balochistan had electricity in 2021.

According to the latest Oil and Gas Regulatory Authority (OGRA)’s State of the Regulated Petroleum Industry Report 2019-20, Sindh’s share in gas supply was 45 per cent of the country’s total, whereas Khyber Pakhtunkhwa (KP), Balochistan and Punjab supplied 12, 11 and three per cent respectively. However, Province-wise gas consumption showed that Punjab’s share was 56 per cent, Sindh 33 per cent, KP nine per cent and Balochistan two per cent of total gas consumption during 2019-20.

Contrary to its contribution to national coffer, like the previous years, Balochistan has been neglected in budgetary allocation again. In 2022 budget, Punjab got lion’s share of 51.74 per cent in budgetary distribution of resources among the federation and provinces; followed by Sindh, 24.55 per cent; KP, 14.62 per cent and Balochistan, 9.09 per cent.

On May 20, 2018, Former Balochistan Chief Minister Mir Abdul Quddus Bizenjo alleged that the province’s funds were being spent on the development of Punjab, and that the Federal Government had ignored Balochistan. The Federal Government has failed to fulfil its promise of giving the province its due share under the Public Sector Development Programme.

In an interview on May 7, 2019, Karima Baloch, former chairperson of the Baloch Students Organisation-Azad, had said that Pakistan "doesn't want the Baloch people but wants the resources there. It has been its policy of exploiting the resources." Significantly, BLA 'chief' Basheer Zeb, during a media interview on July 15, 2020, had asserted,

Karachi Stock Exchange attack [June 29, 2020] was carried out with the same objective of targeting the enemy's economy and the symbol of the exploitation of Baloch's national resources. The attack was also a message to the world that Pakistan had occupied the land of Baloch and plundered our resources with Chinese help providing military, economic and diplomatic support to Pakistan. Baloch will not accept the occupation of their land and will not tolerate relations between China and Pakistan involved in plundering Baloch's resources.

According to a July 29, 2022, report, Balochistan Liberation Front chief Allah Nazar Baloch stated, in a video message, that Baloch national wealth was being exploited: "Baloch is considered as an enemy", he declared, "I, on behalf of the Baloch nation, want to tell China that you should avoid being a partner of our occupier (Pakistan)."

Insurgency in Balochistan has principally been linked to a sense of deprivation and under-development in the region. The indices of Balochistan's underdevelopment of include:

According to estimates of poverty carried out by the Pakistan Institute of Development Economics in May 2020, nearly 41 percent of households in Balochistan lived below the income poverty line, accounting for approximately 11 percent of the total poor households in the country.

According to the United Nations Office for the Coordination of Humanitarian Affairs (OCHA), in July 2021, "an estimated 500,000 people are facing crisis or emergency levels of food insecurity while another 100,000 people require immediate life-saving assistance" in Balochistan.

Through these recent attacks on gas and oil installations in the province, the Baloch insurgent groups have once again demonstrated that they will continue to fight against Pakistani state exploitation. With no visible signs of Islamabad making any changes in its extractive policies, such attacks are likely to continue.