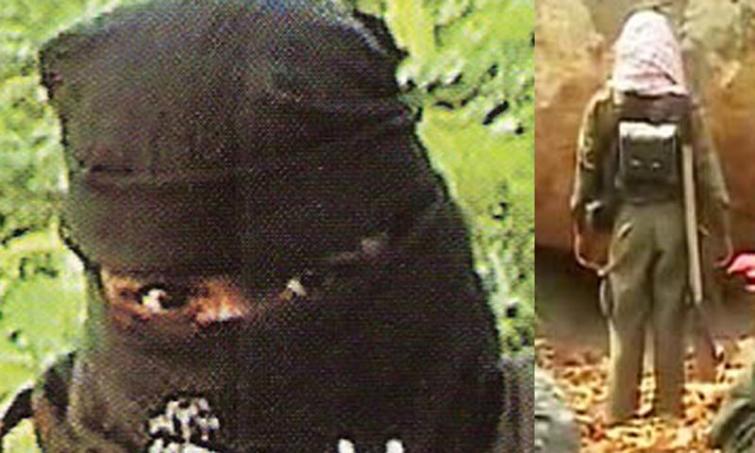 On November 22, 2019, four Police personnel were killed in an ambush carried out by cadres of the Communist Party of India-Maoist (CPI-Maoist) in an area under Chandwa Police Station limits in the Latehar District of Jharkhand. Two other Police personnel were also injured in the attack. The Maoists reportedly looted weapons from the personnel, among which were a service revolver and three rifles. The incident took place soon after ruling Bharatiya Janata Party’s (BJP’s) National working president J. P. Nadda addressed an election rally in the town. The five-phase State Assembly elections are scheduled to be held between November 30 - December 20, 2019.

These were the first fatalities suffered by the Security Forces (SFs) in Latehar in 2019.

Significantly, the District did not record any SF fatalities in 2018 and 2017. The last SF killing was reported on July 11, 2016, when a Commando Battalion for Resolute Action (CoBRA) trooper – Ajai Kumar – succumbed to his injuries after being wounded in an encounter between SF personnel and CPI-Maoist cadres at an unspecified location under the Baresan Police Station limits in Latehar District.

The last major attack (resulting in three or more fatalities) targeting SF personnel in the State was reported on January 7, 2013, when seven Central Reserve Police Force (CRPF) troopers were killed and another 12 were critically injured in an encounter with CPI-Maoist cadres in the Karmatiya Forest of Latehar District. Two Maoists were also killed in the encounter. The November 22, 2019, attack is the worst since then.

An analysis of the trend in fatality data in the District since March 6, 2000, when the South Asia Terrorism Portal (SATP) started compiling data on Left Wing Extremism (LWE)-linked violence, to December 1, 2019, suggests that the overall SF: Maoist kill ratio is in favour of the SFs at 1:1.45.  Disturbingly, the Maoists have an upper hand, with four SF fatalities, and no Maoist losses in the current year. This adverse ratio occurs for the first time since 2010, when it was a highly adverse 1:5.

According to partial data collated by SATP, Latehar has recorded at least five fatalities (one civilian and four SF personnel) in two incidents of LWE-linked killing since the beginning of the current year (data till December 1, 2019). During the corresponding period of 2018, at least six incidents of killing resulting in 10 fatalities (one civilian and nine Maoists) had been recorded. No such incident of killing was recorded in the remaining period of 2018.

The trend in the civilian fatalities’ category has remained cyclical. Fatalities in this category, however, remained in the single digits, with the exception of 2009 and 2011, when they rose to 11 and 17, respectively. One civilian fatality has been recorded in the current year, so far.

Latehar extends across an area of 3,651.59 square kilometres, and has a forest cover of 2,245 square kilometres, i.e. 61.48 per cent of its total area. It shares borders with the truncated Palamu to its North, Chatra to its East, Lohardaga and Gumla Districts in the South, Garhwa to its North West – all Districts of Jharkhand; to its South West lies Surguja in Chhattisgarh. Latehar was carved out of the old Palamu District on April 4, 2001. Terror dominates the District due to its proximity with other LWE-affected areas of Jharkhand, such as Chatra, Garhwa, Gumla, Lohardaga and Palamu, as well to conflict areas in Chhattisgarh, the State currently the worst affected by LWE. The troubled neighbourhood makes Latehar a perfect location for a Maoist safe haven.

Indeed, on January 19, 2019, Deputy Inspector General (DIG) of Police, Palamu, Vipul Shukla, disclosed that CPI-Maoist cadres were only present at the tri-junction of Latehar, Lohardaga, and Garhwa Districts of Jharkhand. He also stated that Ravindra Ganjhu aka Surendra Ganjhu, who carries a bounty of INR 1.5 million, was heading the Maoists in this (tri-junction) area. It is suspected that Ganjhu was behind the November 22 attack.

Unsurprisingly, the Union Ministry of Home Affairs (UMHA), while assessing the LWE situation, on August 1, 2018, listed Latehar among the 13 worst LWE-affected Districts in Jharkhand; as well as among the 30 worst-affected Districts across the country. On February 5, 2019, UMHA listed Latehar among the 19 Districts of Jharkhand affected by LWE; as well as among 90 Districts in 11 States, affected across the country. Despite a visible decline in the LWE menace in Latehar, across Jharkhand, and in the rest of the country, the Maoists still retain residual capacities to strike.

Not surprisingly, according to a November 22, 2019, report, at least, 137 companies of the Armed Forces of Jharkhand had been deployed, in addition to the 166 companies of the Central Armed Forces (CAFs), for the Jharkhand Assembly elections, scheduled to be held on 13 assembly seats in Latehar, Garhwa, Palamu, Gumla, Lohardaga and Chatra Districts of the State (all considered Naxalite affected areas) in the first phase on November 30.

The insurgents in Latehar have been driven to the wall. But in the absence of a coherent and sustained effort on part of the Government, and adequate measures to address the gross deficiency in the enforcement network across the State, the Maoists will continue to engineer at least occasional incidents and the possibility of a wider resurgence cannot be ruled out as well.