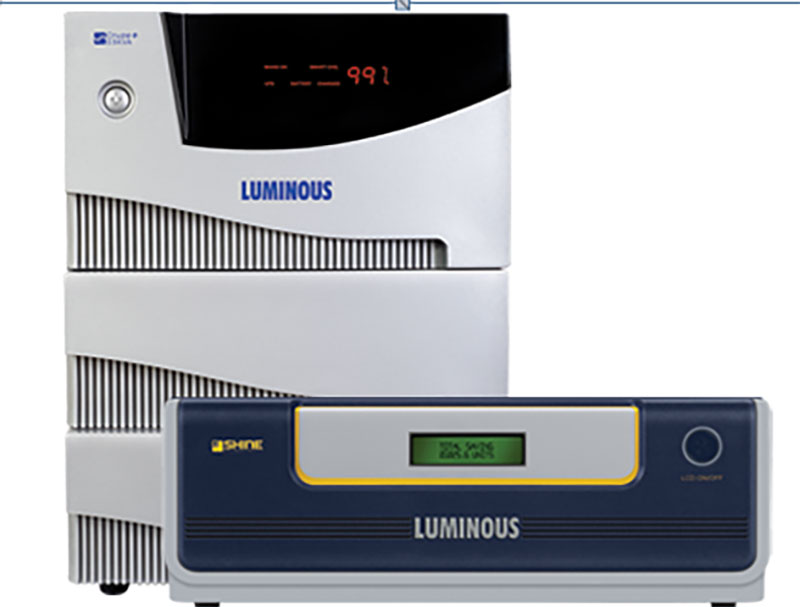 Solar Inverters: Here’s All That You Must Know

Indian homes are endowed with vast amounts of solar energy as most parts in India receive 4-7 kWh per sq. m per day. This makes Indian homes a potential fit for installing solar power systems and harnessing the solar energy produced by the Sun. If you, too, have been thinking of installing a solar power plant on your property but have little to no knowledge about solar inverters then here’s a post that will help you get a basic idea about what is a solar inverter, how it works and the kinds of solar inverters that are available in the market. So without much ado, let’s begin.

What is a Solar Inverter?

A solar inverter is the heart of a solar power system.It performs several important functions such as it converts the DC power received from solar panels to AC power. It also charges the battery and supplies power to the home appliances. Most importantly, it keeps a check on the voltage thereby preventing damage to home appliances and electronics.

Working of A Solar Inverter

Solar inverters can be classified into three main types - Grid-Tied, Off-Grid and Hybrid.

Grid-tied inverters also known as On-Grid inverters are connected to the local grid. They are best suited for areas where there are power cuts that are rare and short in duration.

What happens when there’s a power outage?

Grid tied inverters don’t work when there’s a power outage. This may sound like a drawback of a grid-tied inverter but it is important to ensure the safety of the line-workers repairing the fault in the line between your home and the local grid. This safety feature is known as anti-islanding and it prevents any flow of energy from the home to the local grid during a power cut.It is because of this reason that grid-tied inverters are best suited for areas that experience minimal power cuts.

Hybrid inverters, as the name suggests, are a combination of grid-tied and off grid inverters. They bring the best of both worlds together as they can be installed in both high power cut areas and those with minimal power cuts. Hybrid inverters can draw power both from the local grid and solar batteries. Hybrid inverters allow the flexibility of storing excess energy produced by the solar panels into the solar batteries and feeding it back into the local grid. The same energy can be used in the evening or night when your  solar panels aren’t generating sufficient energy.

Installing a solar power system will not only help you save on your energy bills but  will also help you reduce your carbon footprint. But before you go solar, make sure you find a reliable brand that has the reputation of providing quality solar products. We recommend that you visit Luminous India’s website and check out their vast range of solar product offerings. You can also call their solar experts and get advice on what is the best solar inverter for your kind of requirement.