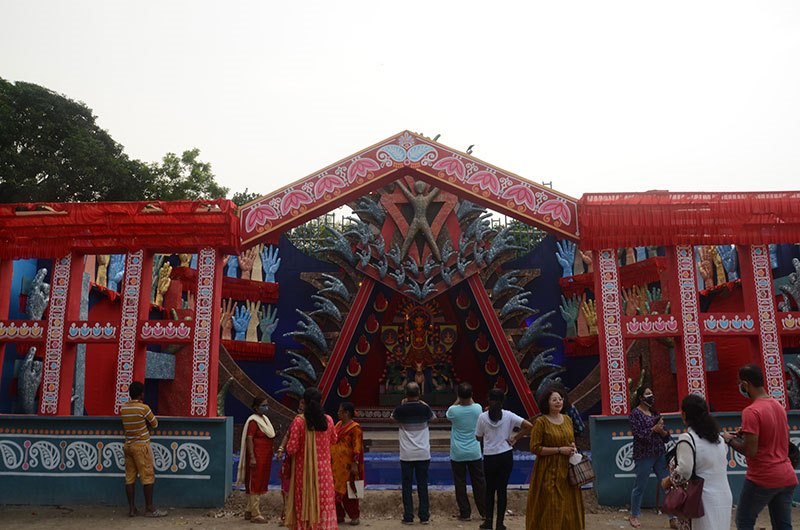 The autumn festival of Durga puja sometimes seems like a monsoon festival these days. Is global warming induced climate change going to play a spoilsport for this most important festival for Bengalis and many others in the land too, Ranjita Biswas wonders

There, the Meteorological Department poured cold water on your excitement again just when anticipation for the Durga Puja was on a high. Heavy rain was likely on at least two days of the four days of festivities, it predicted, setting  a mood of gloom. Well, till Ashtami it was not raining.

Well, it has been so for the last couple of years when rain has been playing spoilsport barging into what are supposed to be dry, autumn days.  Old Molina Devi comments sardonically, “Isn’t it better to go back to the old Basanti puja? At least people could enjoy the festival without pulling a long face.”

Her comment made me go back to Shillong. Near our school in April with the onset of Bohag/ Baisakh we would suddenly hear sounds of drums and cymbals. What puja was being held now, we wondered. After all, it was Bihu time in Assam but the drums and beats of these were different from the pulsating beat of the dhol that accompanies the vigorous Bihu dance. “It’s for Basanti puja- the original Durga Puja”, a schoolmate informed us, clearly proud that she knew about the occasion. 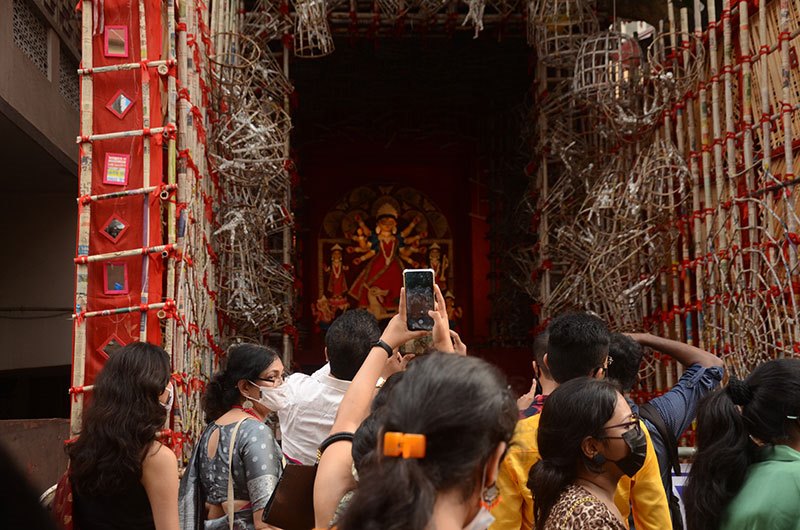 That led to more questions to the elders at home. Yes, the Durga puja we observe today is known as akal- bodhan- the unseasonal one. It was only after Lord Ram worshipped Goddess Durga  before setting off to rescue Sita from Sri Lanka in autumn that the celebration started to be observed in  sarat kaal.

Scholars have argued that the worship of Goddess Durga is a reflection of the age-old worship of Nature by agriculture-centric communities from ancient times. The most important thing for the farmers was a good harvest for sustenance. So they worshipped Mother Earth associated with fertility of the land at the onset of the planting season launched during spring.

Dr Nirmal Prova Bordoloi  in her book Devi (Assamese) wrote, “If we analyse ancient religious beliefs prevalent among communities in many places in the world we find a common strand of mother-worship symbolised by worship of Mother Earth.” She gives the example of ritualistic offers of various vegetables, even placing of the naba-patrika -the banana plant alongside the Durga image with her four children, as a way of  paying obeisance to the  produce of the earth or prakriti.

Be that as it may, for us, as also for generations, Durga puja meant a blue sky speckled with puffs of white cloud, blooming of kahua or kaash phool and garlands to be strung with sewali- night flowering jasmine, for the Devi. And,  loads of coconut laddoos the women in the family prepared.  Not to forget,  pandal hopping. Alas, the untimely rain regularly making  an appearance these days has spoiled the fun for lots of us, old and young.

The offhand wish of an old woman for a comeback of Basanti puja is perhaps  rooted in a sense of frustration  with the truant ways of the monsoon of late. The current year has been recorded as having the longest monsoon period in decades.

For long it was understood that with the observation of Vishwakarma puja, the architect of the gods, on 17 September, monsoon rain would subside, and only a few light showers would remain before bidding farewell till next year before the all-important Durga puja .

That age-old belief has received a drubbing  lately. Global warming,  mainly due to unsustainable human behaviour,  has been blamed for the increasingly erratic ways of the weather. Current climate models indicate that global warming is expected to increase monsoon rainfall by 14 per cent by the end of the century if greenhouse gas emissions remain high. In the medium emissions scenario, monsoon rainfall may increase by 10 per cent.

Referring to effects of higher temperature on monsoon rains, climate scientist Roxy Mathew Koll at the Indian Institute of Tropical Meteorology (IITM) Pune,  blames   “the rise in the moisture content in the atmosphere.”

So, what now? A wet  autumn festival? Or reverting to one with the sweet fragrance of spring? Who knows? So many things change in the world from time to time.