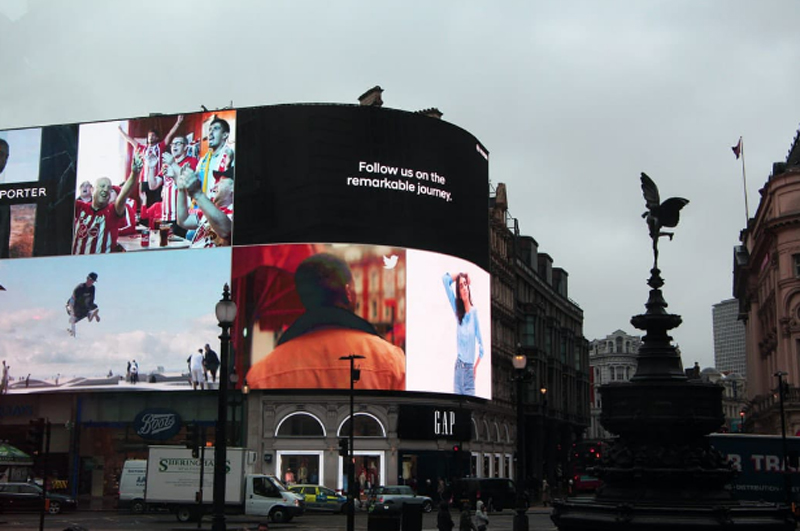 TV Ads So Good We Watched Them Over and Over Again

Advertisements and commercials are everywhere. Billboards on the sides of buildings, posters on bus stops, commercials that interrupt television shows, the banners you see on websites, and the flyers that get shoved through your door are just some of the many examples.

They might be annoying, but they’re an important tool that companies use to tell us about their products, governments use to distribute public information, and publishers use to monetise their content.

Not all ads are annoying interruptions though; some are funny, emotive or entertaining, making us sit up and pay attention. While we might want to fast forward or skip most ads, there are some great ones we don’t mind watching again and again, just like these.

Before Coca-Cola began running the “Hilltop” commercial in 1971, most TV ads followed a very prescriptive formula. They’d talk directly to the viewer, explaining what their product did and why it was better than the competition.

To make Hilltop, ad executives working for Coca-Cola decided to rip up the rule book and do something completely different. They rented a hill in the Italian countryside, recruited a bunch of singers that represented just about every nation, race and ethnicity in the world, and had them sing the catchy song “I’d like to teach the world to sing”.

At no point did the ad mention the drink’s “great taste”, price, or almost universal availability. The only way to know it was an advert for Coca-Cola was the subtle positioning of bottles in the hands of each singer and the line “I’d like to buy the world a coke” in the song.

It’s now a pattern that many advertisers use today, but it was pioneering at the time. The company also uses similar techniques in its contemporary campaigns, such as the ones seen during Durga Puka in India.

The ad was so popular, radio stations in the United States were inundated by callers requesting that the DJs play the song and people would sing along whenever it came on TV.

PokerStars is one of the oldest online poker brands in the world and is well established in most areas of the globe. Over the years, the company has embraced all forms of advertising, both online and off, and it continued this approach when it launched a brand refresh in 2020.

To coincide with this, PokerStars created a 60-second TV advert that was aired in several territories. The ad shows short clips of people in different thrilling and exciting scenarios, interspersed with footage of a poker game. The idea behind the ad was to show PokerStars as a platform for "people who seek adventure".

The fact that the PokerStars logo and branding don’t appear until the end of the ad leaves you guessing as to the company behind it until the final few seconds, creating an entertaining and pleasant ad that you want to watch again. The ad was also used online, creating a lot of engagement through the company’s social channels.

In 2007, the British department store John Lewis spent £6 million on a Christmas advertising campaign. It was a little different to ads from other department stores and showed people laying down products that could be bought from the company to cast a shadow on a wall that looked like a woman and a dog.

It was an ad that got everyone in the UK talking and started a tradition that has seen the company release a new ad every year since.

They’re now all designed to stir emotions in the viewer, such as the 2020 claymation and animated ad that saw people making small acts of kindness towards others and the huge impact that it made.

In 2013, the company featured cartoon animals celebrating Christmas, with Lily Allen singing “Somewhere Only We Know” while a hare drops off a gift to a bear that’s feeling sad. This small but thoughtful gesture helps cheer the bear up, and convinces him to join in with the other animals in their festivities.

References to the company’s two brands, Waitrose and John Lewis, are dotted throughout the commercials, but they’re always subtle. A big deal is made about these ads, with newspapers reporting when the ad will be released ahead of time and people talking about it on social media after they first watch it.