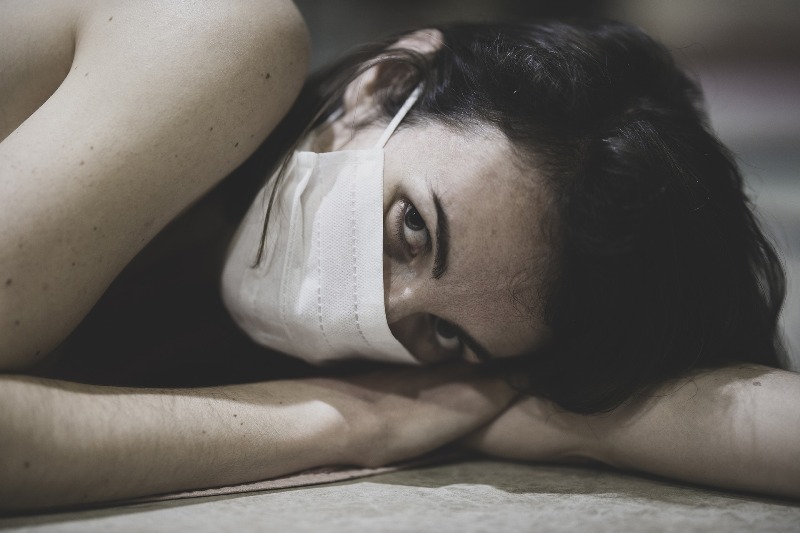 COVID-19 Impact: 44% of Indians are sleeping later than usual, 47% are working out from home to stay healthy, study reveals

Mumbai/IBNS: With the onset of the COVID pandemic, lifestyles in India changed completely as an increasing number of people have started working from home, schools have started online classes and people are refraining from venturing out until absolutely necessary. The change in our lifestyle has led to shifts in individuals' sleep patterns, physical activity and eating habits, which are the pillars of the immune system.

As per the study conducted by GOQii with over 10,000 respondents, the survey indicates that Indians have erratic sleep habits but are eating healthy and working out to stay fit and healthy.

Vishal Gondal, Founder & CEO, GOQii said, “The last five months have not been easy for anyone. It is important for people to understand that sleeping less will affect their immunity, so sleeping 7 to 8 hours is mandatory. There has been good news as well with an increasing amount of people eating home cooked food and taking their health & fitness seriously. GOQii as a platform has always encouraged people to work out from home and we are happy that more and more people are adapting to this culture."

It’s Interesting to note that during the first 21 days of the lockdown, the average sleep hours of India increased while in the following months of April, May and June, it dropped. 44% of respondents went to sleep later than usual while 10% went to sleep more than 2 hours later. In terms of waking up, 41% woke up later than usual while 16% woke up more than 2 hours later.

In the first few days of the lockdown, the average sleep time for Indians increased to 6 hours 54 mins. This is when people took the time to get the rest needed. In April, the average sleep time dipped by 4 mins and post that it has dipped even further by 8 mins from the start of the lockdown. With sleep dipping even further, it indicates that people are not prioritizing their sleep.

This is alarming as sleep is the cornerstone of building immunity.

A similar shift is seen in the wake-up time as well which is shifted to a later hour. Before the lockdown in Jan, Feb and the beginning of March, we see that 26-27% wake up post 8 am. But post 22nd March, we see that more than 33% woke up post 8 am. This increased in April where 35% wake up post 8 am. Without the need to get to the office at a particular time, with working from home and cutting out travel, most people are able to get up at a later time than usual. This shift in sleep time is clearly seen in the data.

The nation-wide lockdown imposed amidst the spread of COVID-19 has had the biggest impact on activity levels. With a strict curfew on outside movement during the initial complete lockdown phase, there has been a significant shift in overall activity levels along with the type of activities. Even now, when the lockdown has been eased to some extent, the impact remains.

Since the first complete lockdown was imposed on 22nd March 2020, gyms and other fitness centres have been closed for safety reasons. Due to social distancing, walking or running outdoors was also not an option. So, as we can see, during the complete lockdown, 47% of the people were doing exercises at home to stay active. Surprisingly, 31% still continued with walking or running, most likely in their homes or building as an alternative to public parks. The number of people not being able to work out increased from 11% before lockdown to 15% during the complete lockdown.

Now that the lockdown has been eased out in most areas across the country, we see the activity patterns slowly returning back to normal, although with few changes. 46% of the people are back to walking or running again. As gyms or fitness centres are still not operational, 32% have shifted to home exercises with either bodyweight or workout as a substitute for that.  6% are also using stairs as a novel way of exercise. The number of people who are not able to workout has returned to 11%, matching the pre lockdown percentage.

Eating at home has become the norm in the lockdown. As compared to 32.1% before the lockdown, currently, only about 11.3% of the people order food from outside more than once a week. 70% of the survey respondents said that they are currently sticking to home-cooked meals only.

Since the country-wide lockdown started, eating out has become a thing of the past. Even currently, with the lockdown being slightly eased, stepping out for a meal is still not an option. And although more and more restaurants are availing the takeout option to resume operations, the New Normal Survey conducted by GOQii indicates that a majority of people still have apprehensions about outside food.

Although a majority of the respondents feel that their current diet, mainly consisting of home-cooked meals, is healthy, the remaining 34% feel that their diet is mostly unhealthy. This illuminates the fact that eating at home is not always synonymous with eating healthy.

Now even though 58% of the respondents said that they didn’t face these issues, the 42% who do face them at varying degrees, are a cause for concern.  The fact that stress can also lead to low energy levels, trouble concentrating, sleeping issues, etc. combined with poor appetite or overeating, is a serious health concern during this volatile time.