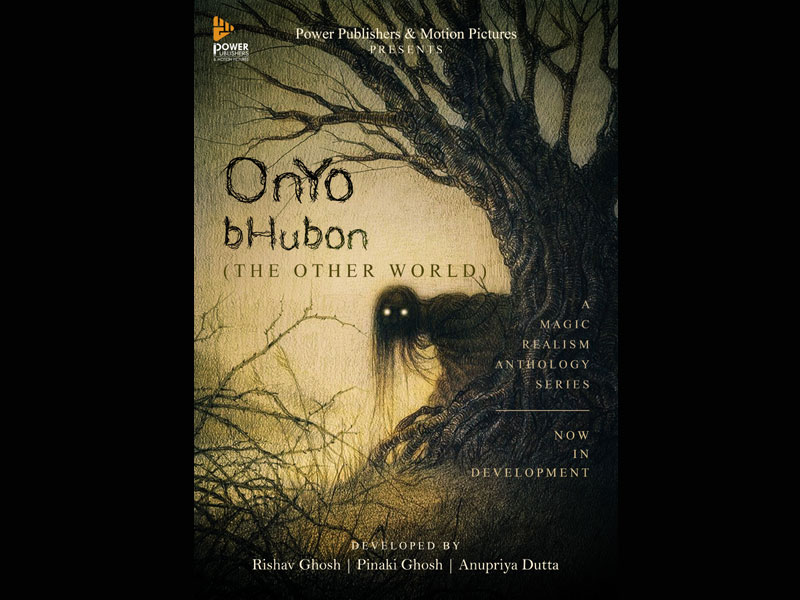 Kolkata/IBNS: Power Publishers & Motion Pictures is working on a brand new web series, titled ‘Onyobhubon’, or ‘The Other World’, which explores the paranormal and mystery genre.

The series has been in pre-production during the lockdown and will go into production when pandemic related restrictions on filming are lifted.

'Onyobhubon', a five-part Bengali language web series is actually an anthology of five paranormal stories that deal with the concepts of magic realism and parallel worlds.

Written by Pinaki Ghosh, Rishav Ghosh, and Anupriya Dutta, each story is significantly different from the other but does not fall under the genre of common horror stories.

There is no ghost in any story, but there is this spooky, eerie feeling and look in about each of the five stories, said Pinaki Ghosh, the producer and founder of Power Publishers & Motion Pictures.

The stories can best be compared to the type of magic realism stories by American author Stephen King and Bangladeshi author Humayun Ahmed, he said.

The series is a tribute to these two masters of magic-realism-paranormal.

The writers, in a release, said they spent a lot of time on video calls during the lockdown to develop the stories and tried to make sure there is a common look and feel in the entire series even though the story of every episode is unique.

“We also decided to keep a lot of rural outdoor visuals. Most of the series will be filmed in rural areas and will be one of the scariest web series to have ever come in the Bengali language, in spite of there being no ghost or serial killer in any of the stories,” said Pinaki Ghosh.

Although the company has not yet clarified about the channel on which this new web series will feature, 'Sin Sister' and 'Synthetic Sati', two films produced by the same production team, were released earlier this year on Hoichoi and Mx player.