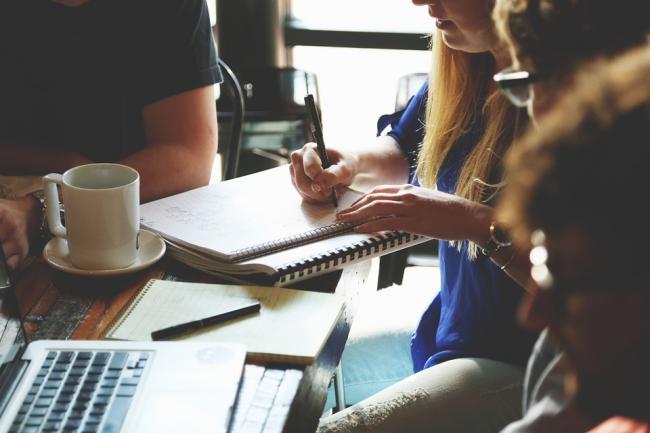 London, Oct 1 (IBNS): A new study reveals a stark disparity between male and female participation in a key area of academic life and offers recommendations to ensure all voices are heard.

Women are two and a half times less likely to ask a question in departmental seminars than men, an observational study of 250 events at 35 academic institutions in 10 countries has found.


This disparity exists despite the gender ratio at these seminars being, on average, equal. It also reflects significant differences in self-reported feelings towards speaking up.

The research, led by a then Junior Research Fellow at Churchill College, University of Cambridge, adds to a growing body of evidence showing that women are less visible than men in various scientific domains and helps to explain the “leaky pipeline” of female representation in academic careers. Women account for 59 per cent of undergraduate degrees but only 47 per cent of PhD graduates and just 21 per cent of senior faculty positions in Europe.

The bias, identified in a paper published today in PLOS One, is thought to be particularly significant because departmental seminars are so frequent and because junior academics are more likely to experience them before other kinds of scholarly events. They also feature at an early stage in the career pipeline when people are making major decisions about their futures.

In addition to observational data, Carter and her co-authors drew on survey responses from over 600 academics ranging from postgraduates to faculty members (303 female and 206 male) from 28 different fields of study in 20 countries.

These individuals reported their attendance and question-asking activity in seminars, their perceptions of others’ question-asking behaviour, and their beliefs about why they and others do and do not ask questions.

The survey revealed a general awareness, especially among women, that men ask more questions than women. A high proportion of both male and female respondents reported sometimes not asking a question when they had one. But men and women differed in their ratings of the importance of different reasons for this.

Crucially, women rated ‘internal’ factors such as ‘not feeling clever enough’, ‘couldn’t work up the nerve’, ‘worried that I had misunderstood the content’ and ‘the speaker was too eminent/intimidating’, as being more important than men did.

“But our seminar observation data show that women are not inherently less likely to ask questions when the conditions are favourable,” says Dieter Lukas, who was a postdoctoral researcher at Cambridge during the data collection.

“While calling on people in the order that they raise their hands may seem fair, it may inadvertently result in fewer women asking questions because they might need more time to formulate questions and work up the nerve,” said co-author Alyssa Croft, a psychologist at the University of Arizona.

“This may be because men are less intimidated by female speakers than women are. It could also be the case that women avoid challenging a female speaker, but may be less concerned for a male speaker,” said co-author Gillian Sandstrom, a psychologist at the University of Essex.

Linked to this, the study’s survey data revealed that twice as many men (33 per cent) as women (16 per cent) reported being motivated to ask a question because they felt that they had spotted a mistake.

Women were also more likely to ask questions when the speaker was from their own department, suggesting that familiarity with the speaker may make asking a question less intimidating. The study interprets this as a demonstration of the lower confidence reported by female audience members.

Welcoming the research, Professor Dame Athene Donald, Professor of Experimental Physics at the University of Cambridge and Master of Churchill College, Cambridge, said:

“Asking questions at the end of talks is one of the activities that (still) makes me most nervous ... Whatever anyone may think when they meet me about how assertive my behaviour is, it would seem that I too have internalised this gender stereotype."

“This problem can only be addressed by lasting changes in the academic culture which break gender stereotypes and provide an inclusive environment,” Alecia Carter says.

The researchers accept that this will take time but make four key recommendations to improve the situation in departmental seminars:

Where possible, seminar organisers should avoid placing limits on the time available for questions. Alternatively, moderators should endeavour to keep each question and answer short to allow more questions to be asked.
Moderators should prioritise a female-first question, be trained to ‘see the whole room’ and maintain as much balance as possible with respect to gender and seniority of question-askers.
Seminar organisers are encouraged not to neglect inviting internal speakers.
Organisers should consider providing a small break between the talk and the question period to give attendees more time to formulate a question and try it out on a colleague.

“Although we developed these recommendations with the aim of increasing women’s visibility, they are likely to benefit everyone, including other underrepresented groups in academia,” said Carter.

“This is about removing the barriers that restrain anyone from speaking up and being visible.”