Itâ€™s time to consider Kiwi as a snack in India: Chef Sanjeev Kapoor

New Delhi, July 17 (IBNS): With Chile’s kiwifruit exports to India doubling to around 10,000 tonnes this year, Chef Sanjeev Kapoor said "had Kiwifruit been available to India earlier, Chyawanprash would’ve been made out of this only.”

The Chilean kiwifruit committee has decided to enter the Indian subcontinent with a high frequency this time.

For this, the Chilean Fruit Exporters Association (ASOEX) along with the Chilean Kiwifruit Committee is going to promote the benefits of Kiwifruit in different ways by organizing various promotional campaigns in India this season.

Despite its soothing looks and a tarty like taste, this fruit is packed with nutrition. Just one kiwifruit substitutes around 2 grams of fiber. 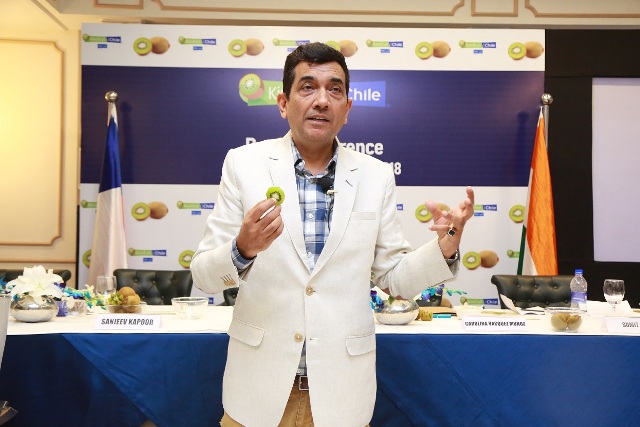 Whenever we think about Vitamin C, the first thing which comes to our mind is an Orange, but actually, Kiwi is one such fruit which is loaded with Vitamin C (around 64mg per fruit).

“You don’t need a chef to provide you a kiwifruit or any other fruit. You don’t need any recipe for that. You can have it (kiwifruit) like that only,” said Chef Sanjeev Kapoor as he prepared a super healthy smoothie for everyone present at the press briefing.

Carolina Vasquez, Commercial Director of ProChile in India, stated that “the Indian market holds great importance for Chilean kiwifruit due to the rising demand in the country.”

On the increasing strength of trade, science, and technology between the two countries, she said, “Indian market is huge and also the Indian consumers are looking for new products, different taste that is something Chile can provide with its Hayward Kiwifruit supply in India.” 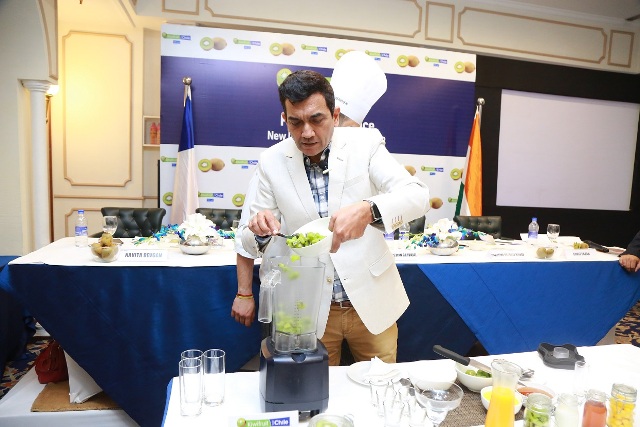 Over the years, India has emerged as one of the fastest growing markets of almost everything. Kiwifruit buyers have also grown side by side.

"When India is not producing the kiwifruits, we can complement it," said Charif Carvajal, Marketing Director for Asia of the ASOEX.

“We have 750+ fruit growers with more than 9500 hectares of kiwifruit planted throughout the country,” he added.

Chile is the third largest kiwifruit exporter in the world, with shipments totalling US$188m in 2017.

The campaign also reached another milestone for the industry, with kiwifruit becoming the first Chilean fruit to be promoted on BigBasket, one of India’s biggest e-commerce platform.

Sumit Saran, Director of SS Associates in order to implement the promotional campaign said, “In the last four years, the kiwifruit consumption has gone very high in India. We will reach the most demanding consumers with specific promotions, through actions in the retail market and various media.”