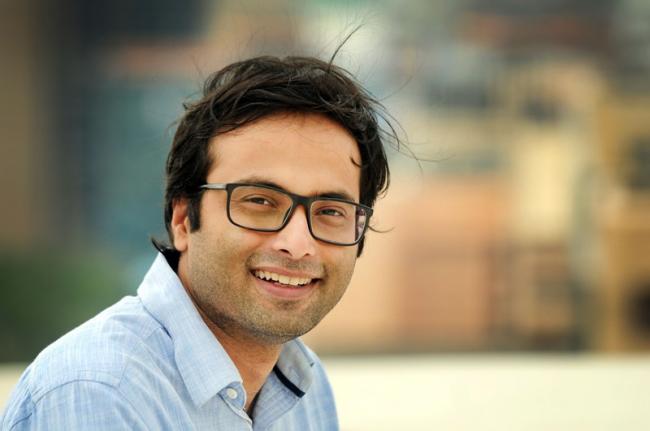 Of Dark Luxe, PostIt and Mahulâ€™s love for ghosts

After talking about the dazzle in Decoding Luxe, why did you choose to write about the dark side of luxury in Dark Luxe? Are there ghosts here?

“Deep into that darkness peering, long I stood there wondering, fearing, Doubting, dreaming dreams no mortal ever dared to dream before.” Edgar Allen Poe’s “The Raven” best captures the thought behind Dark Luxe, my next book, all set for release later this year.

Dark Luxe is not about dreams, it is about nightmares. It is about those realities that safely hide behind the veil of luxe. These 13 short stories are from the darkest, bottomless pits of hell. These first-hand tales of horror are by stuff luxury is made of, straight from their heart, leaving a trail of blood. Mr Ratan Tata has given his blessings for the book and Dr Bibek Debroy has written the foreword. And yes, I have created ghosts here!

Are you the ghost in your debut Bengali feature film, which is all set for a Good Friday release? Tell us a bit about your experience.

Well as far as my role in the upcoming feature film Hoytoh Manush Noi (HMN) is concerned, as the title suggests I may or may not be a human so I may or may not be a ghost – you will have to watch the film to find it out. For HMN, the director duo – Koustav and Arunava – thought I was the best choice for the role. The character is that of a corporate mid-senior level IT professional. He is very sharp but has his own secrets. He participates selectively in the story-telling sessions of his fellow colleagues (played by Preetha, Sweta and Mouparna). He has a sense of humour and at times he is flirtatious with his retorts. There is, however, a story brewing in this cab ride which the audience will know at the end. I am thankful to the entire team of HMN, especially the directors and producer for trusting me with this key role in their debut feature film. 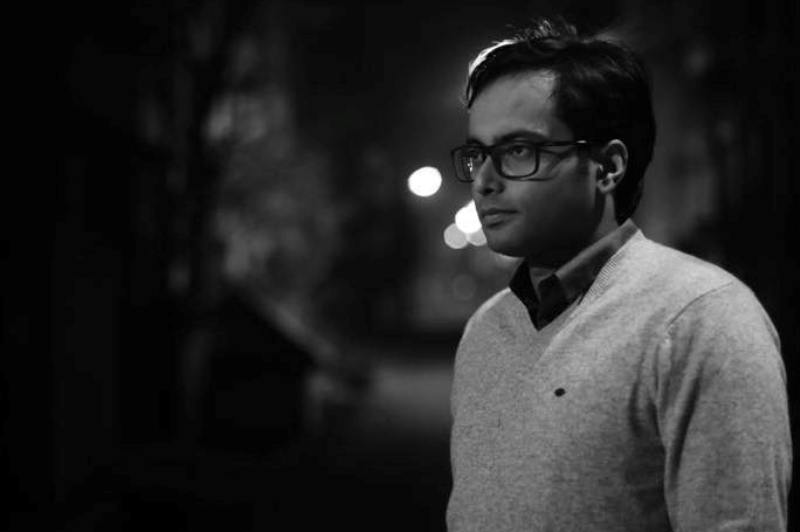 Again, are you the ghost in your short film PostIt? If yes, how was it directing a ghost? Tell us about your experience.

It was a surreal experience directing a ghost, and yes played by yours truly.For Postit!, the thought had germinated in my mind two years back at Cannes Film Festival. The first cut of the story was written mid-air -- on a boarding pass as that was the only piece of paper available. This is a micro short film of 3 min 50 seconds and the film has made it to the official selections: Best Shorts Competition, California and Calcutta International Cult Film Festival (Best Mobile Film and Best Debut Filmmaker).This is a unique love story where the two lovers are separated by death but they find a unique way to communicate – though Post-Its. This film captures a day in their life over a fight on which film they will watch together – Shoot the Piano Player or Rashomon. Sabiya Sinha Roy has shot the movie with an iPhone and edited it in iMovies. She is also the co-producer of the film. 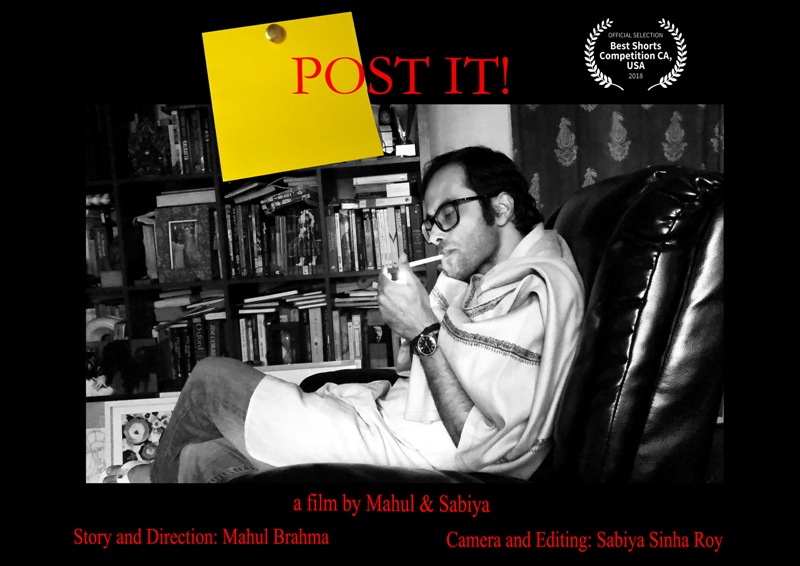 You are heading corporate communications and branding for a Tata group company mjunction. How do you make time for such creative outlets?

Time management is the key and God has been very kind. When I am wearing my hat of a brand custodian I only think about my organization and how I can keep its brand positioning as a market leader in B2B ecommerce in India. I write every morning for at least one hour, except on the days I play golf. These writings are my thoughts, mostly random which I later revisit and give shape. My books, my articles, my stories are a result of that discipline that I have cultivated over the past 10 years. Creativity without discipline is bound to fail. My corporate experience helps me strategically structure my thoughts and ideas. I look at giving shape to my thoughts and writings, whether in the form of a book or a film, as projects and so they have their timelines, deliverables and Gantt charts. My orgnisation as well as CEO Vinaya Varma has been very supportive so that has been a great advantage.

Talking about golf, how is it picking up?

After quite some time I have been able to bring down my handicap to an all-time low. Now my aim is to retain my handicap.