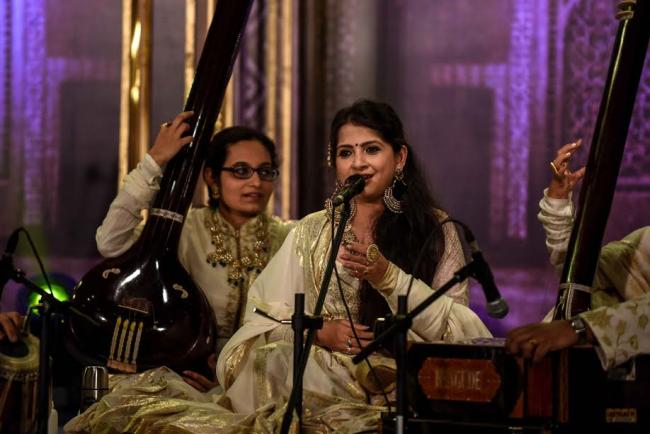 Serendipity Arts Festival 2016 kicks off with a bang

With an aim to conventionalize arts in the country, the festival provided a perfect blend of theatre, music, craft, visual arts and culinary arts alongside an opportunity to interact with industry stalwarts and leading art connoisseurs.

The festival commenced with a 4-panel Serendipity Arts Conclave hosted by Ranjit Hoskote which saw leading art connoisseurs come together to deliberate on ‘What should an arts institution of the future in Goa look like?’

Throwing in their subjective views based on their professional expertise and experience, illustrious artists, poets, scholars and historians such as Maria Aurora Couto, Arshia Sattar, Tishani Doshi, Aneesh Pradhan, Mortimer Chatterjee, Shukla Sawant, Manisha Patil and Rahaab Allana came together to delve on the subject.

The day witnessed some installations such as The Power of Art at The Old GMC Compound, put together by Dr. Katharina Kakar from Tata Trust where a group of 10 children, including two blind children, brought together a fresh way of experiencing and accessing art which touched upon all the senses. A captivating display of Goan Costumes was brought together at The Adil Shah Palace, by renowned Goan Fashion Designer, Wendell Rodericks’.

Ten Histories decoded the mythology and traditions associated with each of the showcased costumes.

A fair spread of musical and dance performances across multiple venues of Kala Academy and D.B. Ground marked the first day of the festival. These included a specially curated performance by Sanjeev Bhargava. He brought forth an extraordinary amalgamation of dance styles in Pravaha, which was performed by Leela Samson and troupe and Priti Patel and troupe.

The performers responded to the idea of life, preservation and conservation using the river as a narrative. Adding to the fervor was a musical performance, Living Traditions, a concert of Hindustani classical music which was curated by Shubha Mudgal.

Day 1 ended on a high note with Latin Connection, a musical band featuring Collin D’Cruz which performed some of the most popular Portuguese and Konkan songs.

In a unique attempt to involve the blooming photographers, the Mandovi Promenade showcased the culmination of a photography workshop namely - The Promenade of Express/Aspire by Samar S Jodha.

The eight-day long Festival in Goa has many more interactive and enticing performances to be unfurled on till the 23rd December across locations.