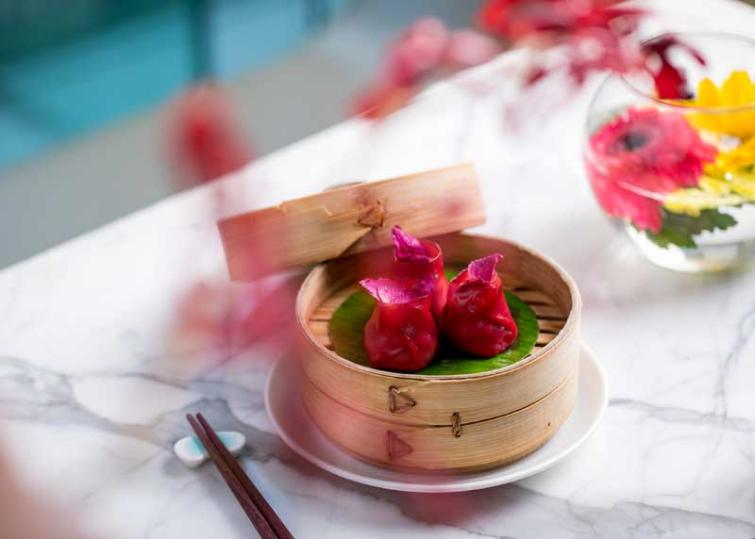 Synonymous with its range of dimsums, Yauatcha’s has fused them with local flavours, such as Hibiscus chicken dumpling or the Prawn and Gondhoraj lime dumpling. 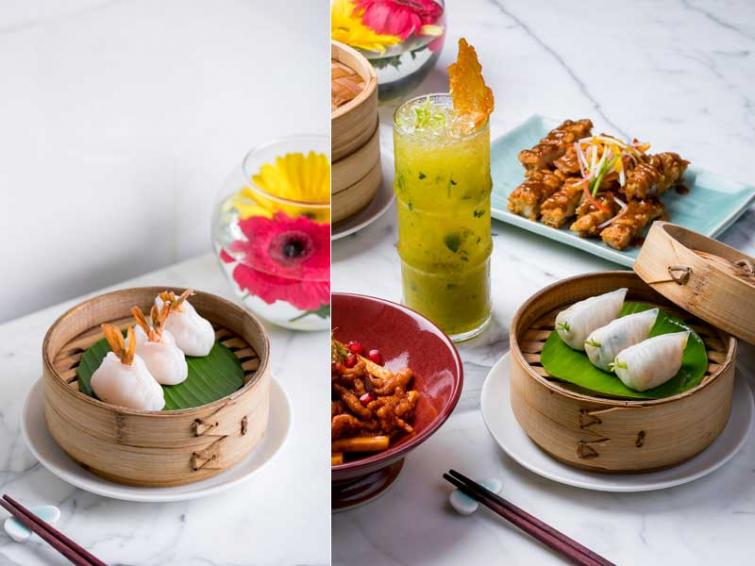 The former gets its hue from the hibiscus tea extract while the latter adds a twist to the classic har gau by adding a zing of gondhoraj. 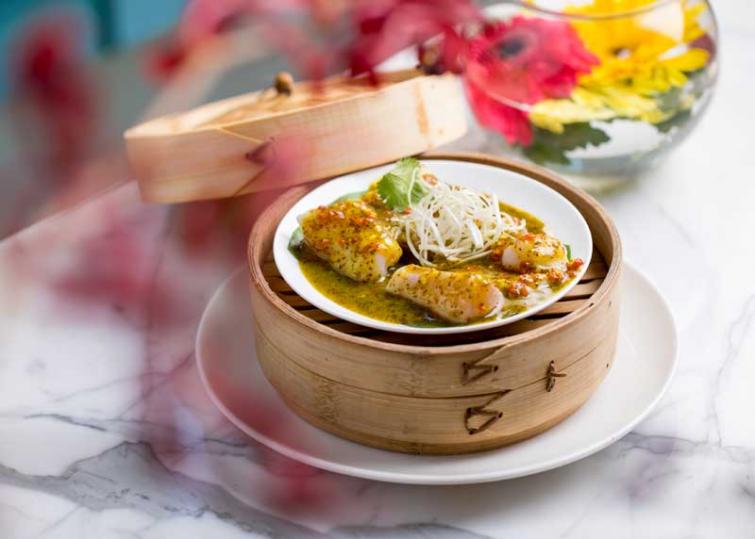 For desserts, try the refreshing Gondhoraj,  available only on the festive menu.