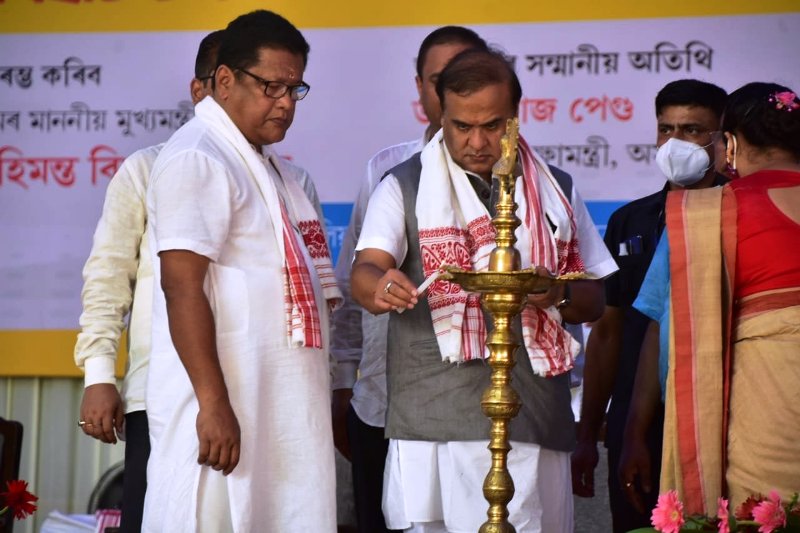 Assam govt to set up one college in each development block in coming days: Himanta Biswa Sarma

The college will be set up with a budgetary outlay of Rs. 14.74 crore with a completion period of 24 months.

Speaking at the programme organised on the occasion, arma said that true to its commitment to develop the academic landscape of the state, his government has decided to set up law colleges at Dibrugarh, North Lakhimpur, Rangia, Dhubri, Diphu, Silchar, Tezpur, Nalbari and Nagaon.

He also said that all the colleges will have all modern facilities to impart law education to the students of the state.

Sarma said that as against the involvement of private organisations in setting up and running law colleges in the past, the government is now taking steps to set up Government Law Colleges which according to him can provide quality law education to the students at comparatively low cost.

He said that in the coming days, the State government will set up many more law colleges across the state.

Strengthening education infrastructure has been a top priority for Assam Govt. Glad to have laid foundation stone for a Government Law College, Jorhat at Kaliapani. The Rs 14.74 cr institution will be completed in 2 years.

Happy to share that we shall have 9 more Law Colleges. pic.twitter.com/r13MMGgPAB

The Chief Minister also said that in the wake of National Education Policy 2020, the State government has decided to implement the provisions of the policy across the state to bring about a paradigm shift in the delivery of quality education in the state.

He also said that as a part of NEP 2020, three thousand high schools in the state will be upgraded to senior secondary schools within 2022.

Sarma said that the State Government would also increase the number of universities in the state and informed that the government has set a goal to establish one college in each development block to spread higher education among all sections of the youth of the state.