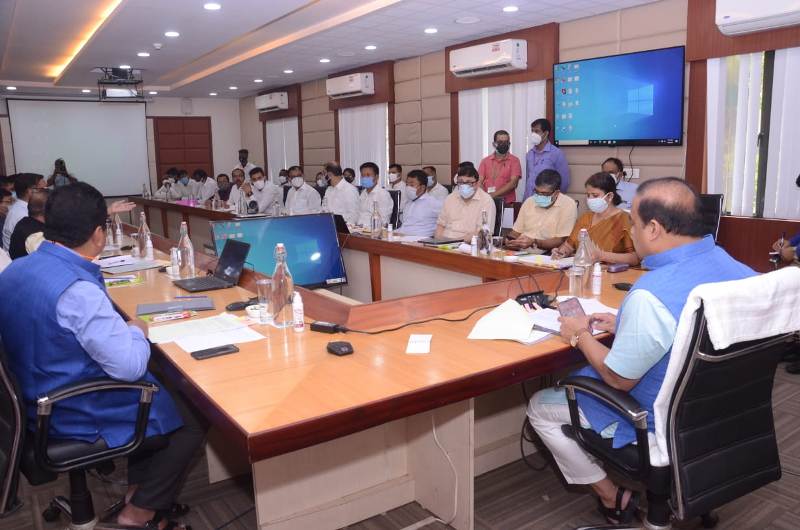 Guwahati/IBNS: Assam Chief Minister Himanata Biswa Sarma on Thursday held a meeting with the representatives of All Assam Students’ Union (AASU), All Bodo Students’ Union (ABSU) and Asom Jatiyatabadi Yuba Chatra Parishad (AJYCP) to discuss about the alternative method of evaluation necessitated by the cancellation of HSLC and HS exams for 2021 due to COVID-19 pandemic situation.

As per the decision taken, clause 5 of the government notification issued regarding alternative evaluation formula on the basis of the expert committee report would be removed.

Further, the certificates and marksheets provided under the formula would be valid in applying for higher education and jobs etc.

However, the meeting also decided that an equivalent exam may be held for teachers’ recruitment in schools and colleges if deemed necessary. This will be applicable for all students of SEBA, AHSEC and other boards and education councils.

Moreover, it was also decided that there would be no rank holder system in HSLC and HS exams under the new formula and only distinction and star marks would be given. The Chief Minister further directed to hold class IX examination under SEBA from now onwards.

The exam to be conducted by the District Education Council will have a similar question paper for all schools of the district. He also directed to ensure availability of data of exam results and students appearing the examination with the SEBA.

While taking part in the discussion, representatives of AASU, ABSU and AJYCP thanked the Chief Minister for his step to find out a solution on a crucial issue relating to students’ future. They also expressed hope that the Chief Minister would take forward the education system of the state with coordinated efforts of all in the days ahead.