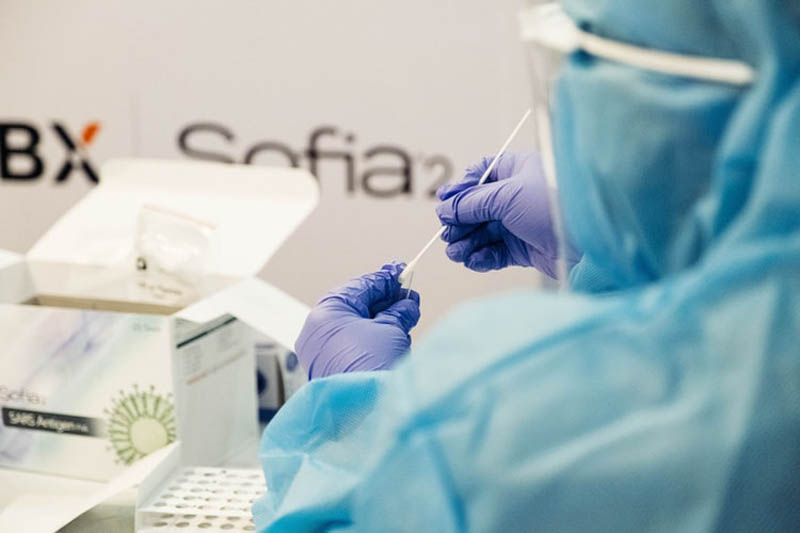 Delta variant of Covid can infect even after Covishield, Covaxin jabs: AIIMS study

New Delhi/IBNS: The 'delta' variant of COVID-19, the version first detected in India in October last year, can infect people even after they have received both jabs of the Covaxin or Covishield vaccines, new studies, done separately by AIIMS (Delhi) and the National Centre for Disease Control (NCDC), revealed.

It should be mentioned that neither of the studies has been peer-reviewed till now.

As per the AIIMS study, the Delta variant is the reason behind the overwhelming cases in India.

According to British health authorities, this variant is between 40 and 50 per cent more infectious than the 'alpha' version first reported from the UK.

The AIIMS-IGIB (Institute of Genomics and Integrative Biology) study was based on an analysis of 63 symptomatic patients who reported to the hospital's emergency ward complaining of high fever persisting for five to seven days.

Meanwhile, data from the NCDC-IGIB study indicated that breakthrough infections due to the 'delta' variant of Covid seemed to affect people who took Covishield.

This study revealed 'delta' breakthrough infections in 27 patients who had taken Covishiled, with the infection rate at 70.3 per cent.

In fact, data from both studies indicated the 'alpha' variant is also proving resistant to Covishield and Covaxin, but not as significant as the version first reported from India.