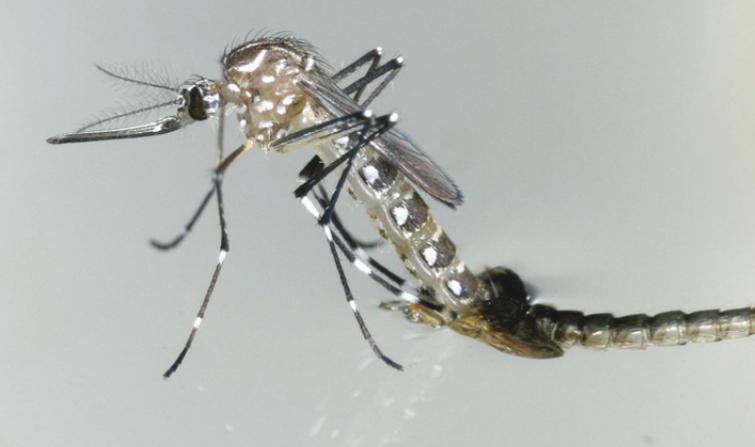 New York/IBNS: With more than half the world now at risk from mosquito-transmitted dengue fever, according to the World Health Organization (WHO), the UN has taken the lead on a global effort to eradicate the disease – and many others – by measuring the impact of releasing millions of sterilized pests across several continents, it announced on Thursday.

Using a process known as Sterile Insect Technique (SIT) – developed decades ago to target crop-eating insects in the United States – UN researchers have spent the last 10 years adapting it to mosquitoes.

Working with the World Health Organization’s (WHO) tropical diseases programme,  they have now drawn up guidelines for nations wanting to tackle disease outbreaks transmitted by the winged insects.

The Sterile Insect Technique is a form of insect birth control. It involves rearing large quantities of sterilized male in dedicated facilities & then releasing them to mate with females in the wild. As they do not produce any offspring, the insect population over time.

“Countries have already started like Italy, Greece and Mauritius, and others are on the point of doing it, for example the United States, France and Brazil”, said Jeremy Bouyer, medical entomologist at the Division of Nuclear Techniques in Food and Agriculture, a joint International Atomic Energy Agency (IAEA) / Food and Agriculture Organization (FAO) initiative.

“We already have evidence that SIT is able to reduce the density of mosquitoes very significantly and now we must prove that it will also impact the transmission of the disease.”

Describing the Sterile Insect Technique as “an insect birth control method”, Mr. Bouyer explained that it involves releasing sterile males “that will out-compete the wild males in the field and they will induce sterility in the females so that their eggs will not hatch - so you will control the next generation”.

If this is done for long enough, “you will be able to reduce, and in some cases, eliminate the target population”, he added.

Highlighting progress in automating and upscaling the mass production of sterile mosquito populations, which can be released from a drone in their hundreds of thousands over communities, he added: “The important bottlenecks which were sex sorting and drone release, are now solved so we are ready for pilot testing.”

Dengue, along with other diseases transmitted by mosquitoes - malaria, Zika, chikungunya and yellow fever – account for about 17 per cent of all infectious diseases globally, according to the World Health Organization (WHO).

The agency is expecting 110 countries to report dengue cases this year.

On average, WHO registers three million cases every year, but they may reach four million in 2019, it said.

Florence Fouque, Team leader of the UN-sponsored TDR, the Programme for Research and Training in Tropical Diseases, said that it would likely take around four years before it is known whether the pilot tests have been successful in reducing disease transmission.

“Sometimes very low population of mosquito can still transmit disease, so what we have to measure is the impact on the people, and this is what we want to do because it has never been done until now,” she said.

“Two major species of mosquitoes … are transmitting several diseases, which are viruses, including dengue, zika, chikungunya, yellow fever; but it is only about two species, Aedes aegypti and Aedes albopictus.”

If successful, the potential health benefits could be enormous, Raman Velayudhan, Coordinator, from WHO's Department of Neglected Tropical Diseases (NTDs) said.

Of the current dengue epidemic, he said: “Many countries in the world have reported an increase, and we have reports from Bangladesh, Brazil, Philippines, and a few African countries and almost 10 other Latin American countries, dengue has continued to increase.”

Higlighting the safety of the irradiation technique, Mr. Bouyer insisted that no test tube manufactured genes – known as transgenes – were being inserted into mosquitoes.

“The mutations we are creating with this system are random, so we are not transgenic, we are not putting transgenes into the mosquitoes and they are occurring naturally in the population,” he said. “It’s just that we have enough mutations to create full sterility in what we release. But there is no particular concern with what we release, the mosquitoes are not radioactive, they are just irradiated and thus sterilized.”