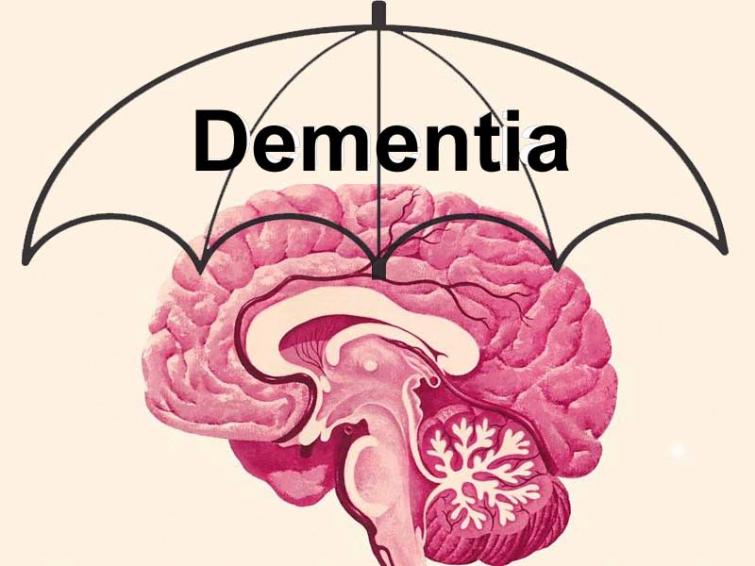 When your memory takes its last breath â€“ How is India dealing with dementia?

At the Delhi, New Friends Colony, there was a Gupta family where there was someone battling with dementia. The entire family initially did not pay heed to it when the patriarch of the family, who was a bright, talkative and joyous Virendra Gupta, had all of a sudden stopped speaking. He started showing his short-tempered and irritable behavior and his family members thought that old age was responsible for this change. After a few days, Mr. Gupta failed to button his own shirt and lost his abilities to get dressed on his own. Though he was mostly dressed scarcely, one fine day he left his house almost naked. Then there was a time when he totally forgot how he should use his hands while eating his food and all this took place within a time period of 20 days!

The family reportedly said that they had noticed a lack of focus and disorientation in Mr. Gupta for a long time. They had consulted a general physician who called him for a routine check-up. The medical reports later on gave evidence to the fact that Mr. Gupta was suffering from a neurological disorder which is called dementia. Here the brain cells die gradually and this leads to cognitive decline and constant memory loss. Mr. Gupta even failed to recognize his wife with whom he had been married for the last 40 years. His condition eventually deteriorated and later on he died totally oblivious about the world surrounding him.

Increasingly large numbers of seniors in India suffer from dementia

India is a country where more than 4 million people are supposed to be suffering from this neurodegenerative disorder called Alzheimer’s and several other types of dementia making the nation the 3rd highest in the world, soon after China and the US. By 2030, researchers predict that the burden of patients suffering from Alzheimer’s and dementia will reach a staggering 8.5 million. There will be innumerable families who would have to seek help of dementia home care services in order to take proper care of their ailing family members.

Despite all this, dementia still seems to be a hidden issue as a small fraction of patients who are suffering from dementia get themselves diagnosed or go for future treatment. It is indeed sad to note that majority of the Indians still think that memory loss is nothing but an inevitable thing that comes with ageing. They deny that this can be a degenerative disease. As per India Ageing Report of 2017, the rate of seniors is growing at a rather rapid rate of 3% and this also increases the likelihood of more seniors suffering from Alzheimer’s in India. This is a disease which attacks most after the age of 60.

Dr. V Sudhakaran, Associate Professor of the NIMS Neurology Department said that the shift in the age structure of the Indian population implies that the burden of this disease in India will possibly increase with time. If more and more Indians think that memory loss is a part of aging, this will make it even more difficult for doctors to treat Alzheimer’s. This is because not many family members will forcefully take their patients to doctors and hence the disease will continue to remain hidden in the society.

Battling dementia – Is there something lacking in India?

For the thousands of senior individuals who are suffering from Alzheimer’s related dementia, lack of at home care services have lead to increasingly large number of cases where seniors have lost themselves while they went out for a walk or for some household shopping. As per the data released by National Crime Records Bureau 2018, there were around a total of 35,987 missing seniors and it was in 2018 alone that 18,765 were missing and the rest of them were left missing since the previous years. Just a handful of 9342 were found.

These numbers can only highlight and make you focus on the risks that are faced by the senior citizens who are suffering from dementia and other mental health disorders. The authorities frequently receive messages of the fact that some elderly individual has gone missing. The families have to become even more cautious about this as 90% of the time, the lost seniors were never found as they couldn’t remember anything – not even their residential address.

What is Alzheimer’s and what sort of symptoms does this disease have?

Dementia is a mental health disorder which is found equivalent to memory loss and Alzheimer’s is one of the most common forms of dementia that occurs among people. This disorder impairs the person’s cognitive functioning. Generally it is seen that dementia or memory loss to Alzheimer’s but there are several sub-types of Alzheimer’s. Most of the time, this presents itself in the form of behavioral issues like confusion about everything, feeling irritated and difficulty in performing regular activities. Disturbances to your memory might be the last thing to witness. In order to abolish these hurdles, there is one single term to describe all of them and it is Neuro-Cognitive Disorders for Dementia.

What is the reason behind delayed diagnosis in India?

Family members often have the tendency to normalise disturbances in the memory of the patient who is also their family member. Moreover, Indian families still lack awareness of the different symptoms of dementia and hence this leads to a delayed diagnosis of the disease in most cases. Reports reveal that more than 30% of the dementia cases go undiagnosed.

What are the probable warning signs to watch out for?

There will be a sudden loss in memory which disrupts your daily life and such examples may include forgeting the time, date, names of people and information that you recently learned. People who have played the role of caregivers to patients of dementia said that they noticed changes like not being able to plan and cook meals, not being able to cook and calculate monthly bills, mostly in case of female patients. Most often the senior moms weren’t able to determine the place and got disorientated about the place and time. They found trouble in visual image, reading, judging and understanding colours.

Moreover patients suffering from dementia also face problems with words while writing and speaking as they tend to forget familiar words and keep repeating the same things over and over again. They lose the sense of tracing steps, they misplace things like their car keys or their spectacles and they put things in extremely unusual places like putting the vegetable inside the cupboard and the keys inside the fridge! If you find them detaching themselves from social activities and feeling disinterested among known people, this can be taken as one of the biggest signs of dementia.

Who are the ones at risk of developing dementia?

In the general sense, seniors above the age of 60 are the ones who are more at risk of developing this disease because they’re the ones who get socially inactive. However, lately, it has also been found that people in between the age group of 45-50 also suffer from this disease. If you thought that dementia is a normal part and parcel of aging, you’re wrong. Youngsters who are suffering from cholesterol or hypertension or obesity or fats in their artery walls can also suffer from dementia. In case you have diabetes, you are doubly susceptible to developing this disease and even more in case it is not properly controlled. People who snore or who have episodes of a halt in breath while sleeping, they are also vulnerable to reversible memory loss.

Is the number of dementia sufferers in India rising?

Globally, there has always been a rise in elderly population and an entire generation of baby boomers who are all set to enter the age of 60 years. Usually old age is related to different sorts of disorders like heart issues and high blood pressure. Apart from these normal issues which are linked with old age, there are also diminishing cognitive functions. Though memory loss is a brain dysfunction that most notice during old age, yet attributing this to old age usually masks the onset of dementia.

Did you know that India houses the second most number of seniors who suffer from Alzheimer’s and dementia? As per the Dementia India report, around 4.2 million people suffer from this disease and the numbers are predicted to double by 2035. Uttar Pradesh and Maharashtra are predicted to house more than 5, 00,000 patients by 2026.

No, there is no viable cure for dementia but if the disease can be diagnosed at an early stage and if the doctor provides you with the best set of medicines, this can help you in the long run. Doctors confirm that while majority of the changes that happen to the brain during dementia are progressive and they worsen with time, memory issues and thinking problems can improve if the condition is addressed at an early stage. If there are memory problems due to depression, brain stroke, too much of alcohol, vitamin deficiencies or thyroid issues, you should get it treated to avoid suffering from dementia. The drugs work to maintain supplies of the vital chemical acetylcholine and there are several such cases of side effects too.

Prevention is better than cure – Few tips to ward off dementia

There is enough evidence that by following a healthy lifestyle, you can reduce the risk of suffering from this disease when you grow older. Several lifestyle changes can be done in order to prevent dementia. Read on to know about them.

Regardless of whether you know 3 languages already, there’s no harm in learning your 4th and 5th language. Besides raising your cultural awareness and expanding horizons, if you can add a new language to your vocabulary, experts suggest that you can delay the onset of Alzheimer’s by at least 4 years.

Vitamin K is the forgotten vitamin but people rarely realize that this vitamin plays a vital role in anti-aging and in delaying Alzheimer’s. If you have been taking multi-vitamin supplements, you should be sure that not all these carry Vitamin K. Hence, try to take Vitamin K supplements or consume leafy green veggies to get it from a natural source.

If you drink vegetable and fruit juices more than thrice a week, this could cut down the possibility of suffering from dementia by at least 78%. With such a health benefit, wouldn’t you start drinking such juices more often?

It is only when you exercise daily that you can preserve the hippocampal volume that’s the first part of human brain which is attacked due to dementia. For the best choices of exercises, you may choose dancing, brisk walking, cycling, swimming and gardening.

There have been several studies which link anxiety with Alzheimer’s, particularly among those who already have a high risk for this illness. People who reported moderately high level of anxiety and who had slight cognitive impairment were 140% more vulnerable to developing dementia.

A study showed that fruits contain a compound which is called fisetin and this compound has got fighting properties of Alzheimer’s. This is mainly found in mangos, strawberries and this has got anti-inflammatory properties which fight the onset of Alzheimer’s among humans and mice.

It is more important to calm down your mind if you wish to prevent Alzheimer’s. Studies reveal that all those who perform yoga and meditation have less brain atrophy than those who don’t perform. Meditation can boost protective tissues within the brain and hence seniors should feel less stressed.

Therefore, if you’re an Indian who is suffering from dementia, take the required steps to diagnose the disease. Gone are those days when there was a stigma attached to mental health disorders and you should shun all these myths in order to emerge successful in your fight with dementia.