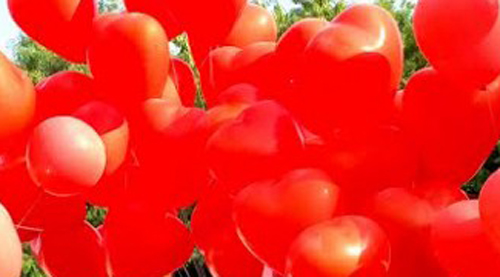 How much you weigh as a teenager is linked to your risk of heart failure in early middle age, finds study

India Blooms News Service | | 18 Jun 2016, 11:54 pm
#teenager, #Heart failure, #Heart
London, June 18 (IBNS) Research that followed more than 1.6 million Swedish men from adolescence onwards between 1968 and 2005 has shown that those who were overweight as teenagers were more likely to develop heart failure in early middle age.

The study, which is published in the European Heart Journal, found that in men with a BMI of 20 and over, the risk of heart failure increased by 16% with every BMI unit, after adjustments for factors that could affect the findings, such as age, year of enlistment into the Swedish armed forces, other diseases, parental education, blood pressure, IQ, muscle strength and fitness.


Annika Rosengren, Professor of Medicine at the Sahlgrenska Academy, University of Gothenburg, who led the research, said: “Although most studies define a normal weight as having a BMI between 18.5 and 25, this is probably not an appropriate definition in the young, most of whom are naturally thin. This may be why we see an increase in the risk of heart failure starting at a fairly low BMI level. However, it was surprising to see the very steep increase in risk with increasing body weight above a BMI of 20.

“Given the global trend for growing numbers of teenagers to be overweight and obese, our findings suggest that heart failure, which in this study occurred at the relatively early average age of about 47 may well become a major threat to health worldwide. This serves to underline the urgent need for action worldwide to curb the obesity epidemic. Action needs to be taken by governments as well as by individuals, for instance by creating an environment that does not promote overweight and obesity, and that encourages people not to be sedentary and not to eat more than they need. This is more important than hassling people into dieting whatever shape they are. Once established, overweight and obesity is much harder to tackle.”

Until recently, Swedish law required all 18-year-old Swedish men to enlist in the armed forces, and between 1968 and 2005 a total of 1,810,348 men were enlisted and underwent standardised physical and cognitive examinations. For this study Professor Rosengren and her colleagues analysed data on 1,610,437 men from the Swedish Conscript registry. They followed the men from the time they were conscripted at 18, for between five to 42 years (an average follow-up time of 23 years). During that time, 5,492 men were admitted to hospital for heart failure, with an average age at diagnosis of nearly 47.

The researchers say their findings suggest that preventive action needs to be taken earlier in life. Prof Rosengren said: “Current prevention guidelines are meant to guide doctors treating patients with factors that may put them at increased risk of heart and blood vessel problems within the next decade or so. The overwhelming majority of young people have an extremely low risk of any such problems and so are not in need of preventive measures on an individual basis, except for firm anti-smoking advice. However, our findings show the importance of body weight in adolescence and suggest that more emphasis should be placed on the maintenance of a healthy body weight from an early age as a preventive measure.”

The researchers point out that limitations to the study include the fact that their findings are only applicable to men and that, overall, women have a lower risk of heart failure than men; nor did they have any information on weight gain after the men were conscripted at 18, so that a slightly greater weight at 18, might be an indicator of an increased risk of subsequently becoming overweight or obese, which in itself, would be a risk factor for heart failure. However, the strength of the study is its large size, with over 1.6 million participants.