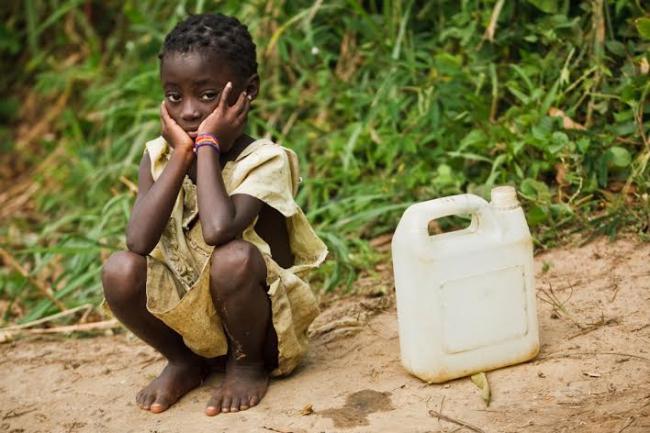 | | 16 Dec 2015, 11:23 am
#UNICEF urges swift action, # â€˜robust financingâ€™ to close water and sanitation gaps in sub-Saharan Africa
New York, Dec 16 (Just Earth News/IBNS) Some 180,000 children under the age of five die every year â€“ roughly 500 a day â€“ in subâ€“Saharan Africa due to diarrhoeal diseases linked to inadequate water, sanitation and hygiene, the United Nations Children's Fund (UNICEF) warned on Tuesday ahead of a conference in the region on boosting financing for the sector.

Aiming to help bring universal access to water and sanitation to West and Central Africa, UNICEF has convened, in cooperation with the Government of Senegal and the African Minister’s Council on Water, the first West and Central Africa Innovative Financing for Water Sanitation & Hygiene, which will be held in the Senegalese capital from today throughThursday, December 17. “With children dying every single day, with millions stunted, with such a huge economic toll, it cannot be business as usual,” said UNICEF Regional Director for West & Central Africa Manuel Fontaine, adding that the pace of progress has to speed up exponentially – and it will take strong policies, robust financing, and a major shift in priorities among those who have the power to act. According to UNICEF, nearly half of the global population without access to improved drinking water lives in sub – Saharan Africa currently and some 700 million people in the region lack access to improved sanitation. With a population which has nearly doubled in the last 25 years, access to sanitation only increased by 6 percentage points and to water by 20 percentage points across the region in the same period, leaving millions behind, UNICEF stated. The agency went on to emphasize that without speedy action, the situation could drastically worsen within the next 20 years, as rapidly rising populations outstrip the efforts of governments to provide essential services. For example, the number of people in the region who defecate in the open is higher now than it was in 1990. Meanwhile, open defecation has been linked to an increase in stunting among children. As for the conference, UNICEF has invited 24 governments in the sub-region to meet with major investment banks, international organizations, businesses and experts. The aim is to find new mechanisms to raise the estimated $20 to $30 billion annually that the water, sanitation and hygiene sector will need to bring universal access to those services to West and Central Africa. UN estimates are that global economic losses due to inadequate water, sanitation and hygiene amount to $260 billion dollars per year. As the sub-region with the worst access, West and Central Africa carries a significant portion of this burden. According to UNICEF, no country in West and Central Africa has universal access to improved drinking water. Cooperating with World Health Organization (WHO), UNICEF released a Joint Monitoring Programme Report 2015, showing that the highest coverage rates are in Sao Tome & Principe (97 per cent), Gabon (93 per cent) and Cabo Verde (92 per cent). At the other end of the spectrum there are countries where roughly half the population does not have access, with the lowest rates in Equatorial Guinea (48 per cent), Chad (51 per cent) and the Democratic Republic of the Congo (52 per cent). Access to sanitation is even more challenging. In the countries with the best coverage, as many as one in four persons still lack adequate sanitation. Equatorial Guinea (75 per cent), Cabo Verde (72 per cent), and Gambia (59 per cent) are the top three in terms of access. The lowest coverage is in Niger (11 per cent), Togo (12 per cent), and Chad (12 per cent). However, funding for the water, sanitation and hygiene sector is uneven and insufficient, noted UNICEF. No African country has allocated more than 0.5 per cent of (gross domestic product) GDP to the sector. Meanwhile, of the 3.8 billion overseas development aid (ODA) allocated for water, sanitation and hygiene sector in 2012, approximately three-quarters went to water, and the remaining quarter to sanitation. UNICEF said that most ODA funding goes to countries which are already doing well, and while rural water and sanitation access is far behind urban, both external and domestic funding goes primarily to urban systems. “While we know what needs to be done, we have to figure out a way to do it faster and better,” emphasized Fontaine. “There are a lot of options on the table; what is not an option is to continue to allow children to pay for our lack of action,” he added. Photo: UNICEF/Olivier Asselin