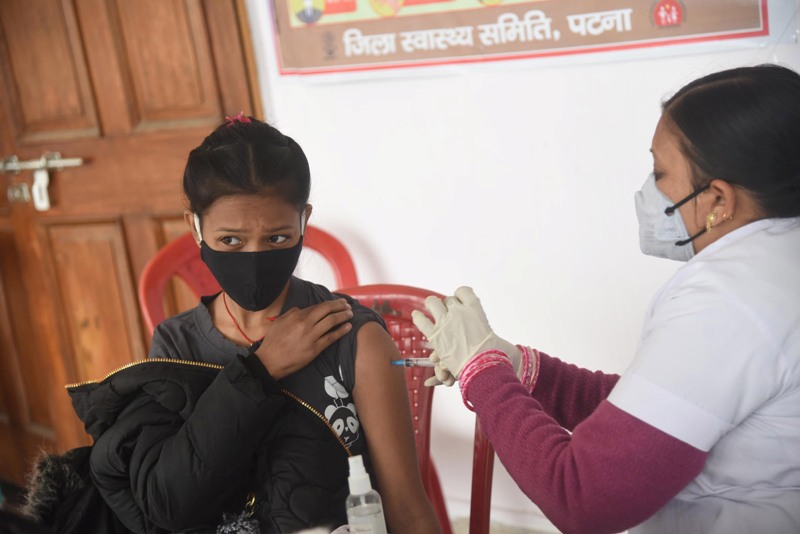 Pune/UNI: Noted epidemiologist Dr Naresh Purohit on Sunday said the emergence of new Covid variant Omicron may be the end of pandemic in its present raging form.

He said, “Omicron, the new variant of the virus Sars-CoV-2, has something in common with another pandemic that had hit the world almost 100 years ago. Spanish Flu had broken out in 1918 and infected around 35 per cent of the world's population before becoming endemic by 1920.”

“Between 1 to 6 per cent of the global population was estimated to die due to the infection. In India, it started from Mumbai, and spread to the rest of the country causing death of nearly 2 crores people within the span of two years,” the expert said.

“Barring a few dissimilarities, Spanish Flu and Coronavirus have a lot in common so far as India is concerned. Based on these commonalities, there is a higher probability that Coronavirus might become an endemic with the advent of the new variant Omicron,” he underlined.

He further said, “Both the first two waves, caused by both Coronavirus and Spanish Flu, showed similar, infection pattern. While the first wave was mild but the second wave was huge and deadly. After two waves, the virus of the Spanish flu mutated and became so mild that people who were infected, only showed symptoms like the common cold. There was no fourth wave in India after that.”

“The current emerging data and global evidence, Omicron looks like a mutant that will cause very mild symptoms and help in strengthening the immune system,” he said.

He explained, “Infections during a pandemic are sustained depending upon two important factors, the virus's ability to mutate, and the population's level of immunity against the infection.”

“Mutations are random copying errors in the virus's genetic material that occur every time it replicates. During a pandemic, mutations are common because of the billions of times the virus replicates in infected people. In the beginning, when the entire population is susceptible — no one has any immunity whatsoever. So, the mutants that dominate are predominantly the ones that make the virus more transmissible. This is a simple consequence of natural selection,” he said.

Relating the above explanation with prevailing Covid situation, he pointed out, “The more transmissible Alpha variant replaced the original strain, and then the Delta variant replaced all previous variants. But two years into the pandemic, things have changed now. A large chunk of the population is now immune to the virus, either through vaccination or through prior infection.”

“The virus mutates to lose its virulence because if it continues to remain deadly, it will die with the person who it infects. We have seen these phenomena in the evolution of almost all the viruses be it Spanish Flu, Swine Flu and H1N1,” he underscored.

Citing his recent scientific report published in the European Journal of Infectious Diseases, Dr Purohit stated, “Covid-19 will become another recurrent disease that health systems and societies will have to manage. For example, the death toll from Omicron seems to be similar in most countries to the level of a bad influenza season in northern hemisphere countries.”

“The US Centers for Disease Control and Prevention estimated the worse influenza season during the past decade in 2017–18 caused about 52,000 influenza deaths with a likely peak of more than 1500 deaths per day,” he added. Summing up his argument, he reiterated, “Omicron behaves like a mild variant causing less severe illness and confers a greater degree of immunity against other variants, the current wave could bring about the end of the pandemic by increasing the proportion of the immune population to above the herd immunity threshold.”