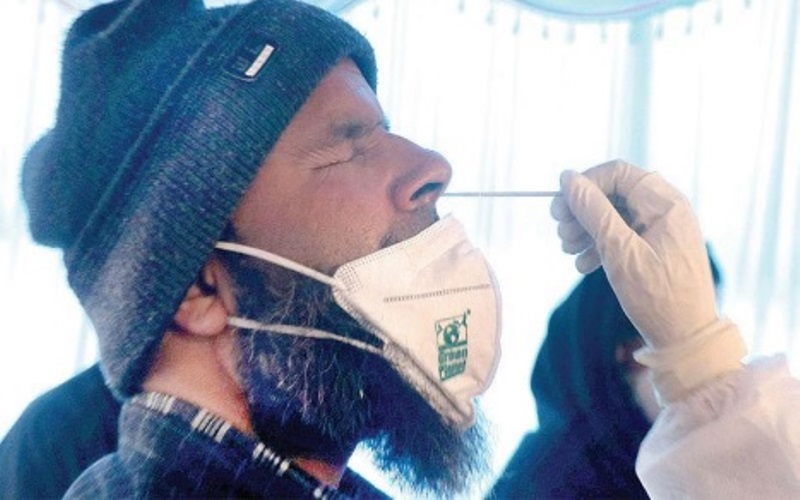 JK can test up to two lakh samples a day

Srinagar/IBNS: The J&K government Thursday said the union territory was capable of testing up to two lakh samples in a day, due to its network of RT-PCR Labs and hundreds of RAT Points.

In one week, the average number of tsts have gone up by 50 per cent.

Additional Chief Secretary to J&K Government, Vivek Bhardwaj, said testing in J&K was among the highest in India.

J&K was increasing its volume of tests with every passing day as the third wave intensified, he said.

“We have provided facilities for testing upto two lakh samples in a day if there is a need,” he added.

Three RT-PCR Labs were inaugurated recently and these labs can help in strengthening the network of already existing PCR Labs.

In addition, the Rapid Antigen Test kits have also been procured in bulk.

“We are on a steady rise in terms of tests and this is very important in terms of COVID19 mitigation strategy."