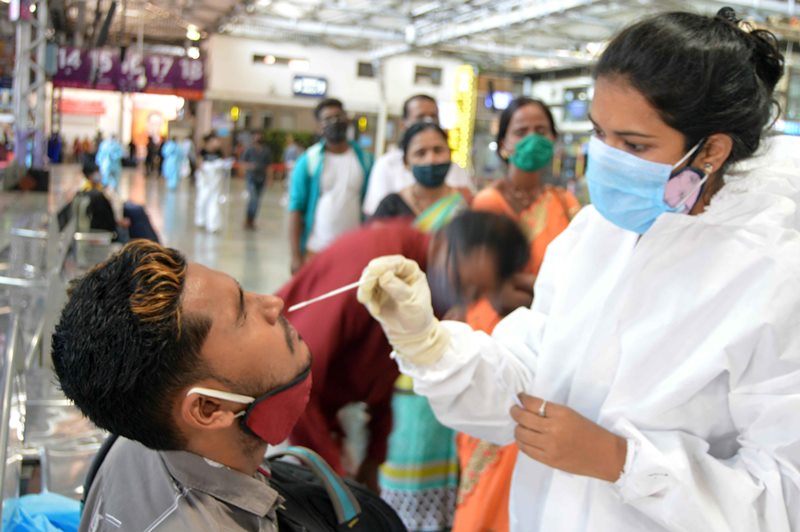 New Delhi/IBNS: Existing COVID-19 tests like RT-PCR and RAT can detect traces of Omicon variant, Health Minister Mansukh Mandaviya told the Parliament amid the scare over the new strain.

Omicron is also traceable from the faster antigen tests, Health Secretary Rajesh Bhushan told states and UTs on Tuesday, urging them to scale up testing for early identification and management of cases.

The Union Health Secretary advised states to not to let their guards down and keep a strict vigil on the international passengers coming to the country through various airports, ports and land border crossings.

The states were specially advised to test samples of international travelers coming from "at risk" countries on the first day and retest them on the 8th day.

International passengers from “at risk” countries are being advised to prepare to wait at the airports till the report of the RT-PCR test has come, and not book connecting flights beforehand.

The states have been directed to send all positive samples for genome sequencing to INSACOG Labs (mapped with states) promptly.

Meanwhile, raising the alarm, vaccine manufacturer Moderna chief has warned that the currently operating jabs might be less effective against the Omicron strain, which was first believed to be detected in South Africa.

Stéphane Bancel told Financial Times the high number of Omicron mutations on the spike protein, which the virus uses to infect human cells, and the rapid spread of the variant in South Africa suggested that the current crop of vaccines may need to be modified next year.

“There is no world, I think, where [the effectiveness] is the same level . . . we had with [the] Delta [variant],” Bancel told the Financial Times in an interview at the company’s headquarters in Cambridge, Massachusetts.