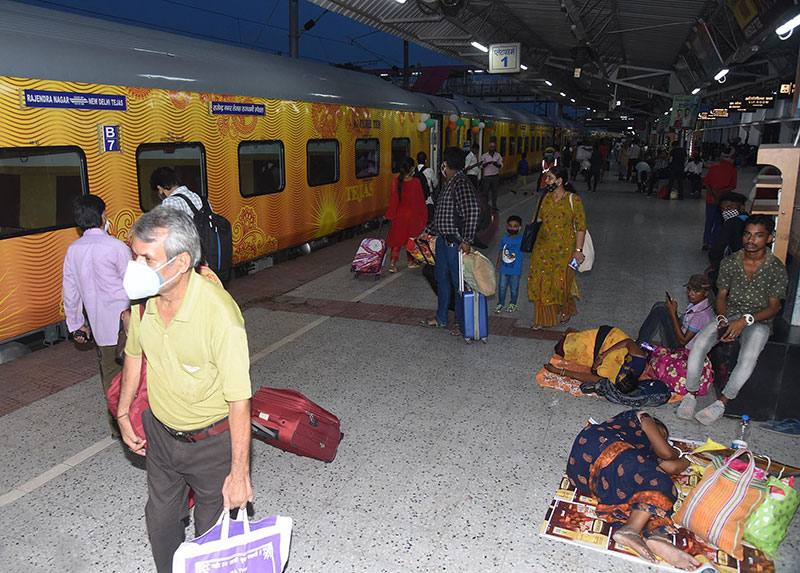 New Delhi/IBNS: In concern for 1.3 billion people of India, the South Asian country Thursday reported a sharp rise in daily COVID-19 cases with the overall tally of infections going up by over 47,000.

The country has reported 47,092 new infections in the last 24 hours, the highest daily figure in two months' time.

In the same period of time, 509 people have died apparently due to the virus.

On Wednesday, 41,965 new cases and 460 deaths were reported from across the vast country.

The active cases in the country now constitute 1.19% of the total number of cases.

The recovery rate is now at 97.48% with 35,181 COVID-19 patients recovering from the respiratory disease in 24 hours between Wednesday and Thursday mornings.

As the COVID-19 graph is once again peaking, it is to be noted that most of the cases are being registered from one single state, Kerala.

The south Indian state with reasonably good health infrastructure has been adding over 30,000 daily cases for the last several days, prompting the government to introspect.

Though the big pie of the daily cases are being reported from Kerala, a popular tourist destination, it is feared that the neighbouring states may share the brunt of it.

In a positive light, 81 lakh anti-COVID-19 vaccine doses have been administered in the last one day, the Union Health Ministry stated, adding 66.30 crore people have been jabbed with at least one dose so far in the country.