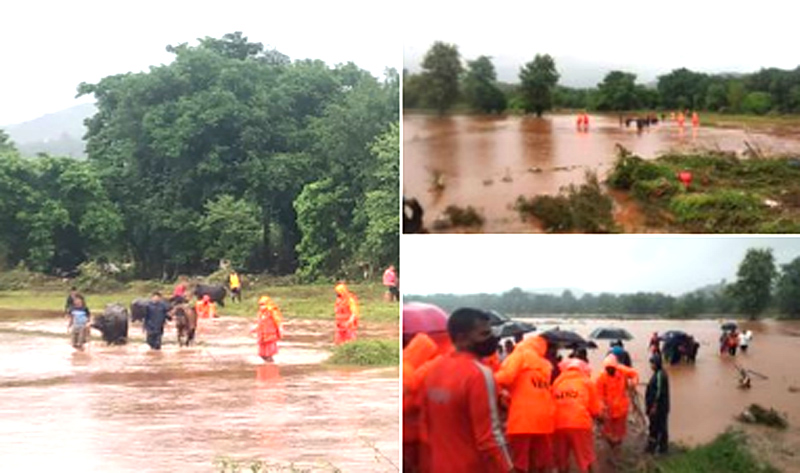 Raigad/IBNS: Landslides in Maharashtra's Raigad district have killed at least 36 people while thousands have been stranded as incessant rains lashed Konkan region of the state.

Maharashtra is battered by heaviest rainfall the state has ever received in the month of July.

The NDTV report said that thirty two bodies were recovered from one spot while four others were found in another location.

Patients from a dedicated Covid hospital, submerged in rainwater, were rescued in boats.

Rescue teams from Navy, NDRF, coastguard apart from local relief teams have been deployed in the worst-hit areas.

The weather department has issued red alerts for several parts of the state warning that heavy rains will continue for the next few days.