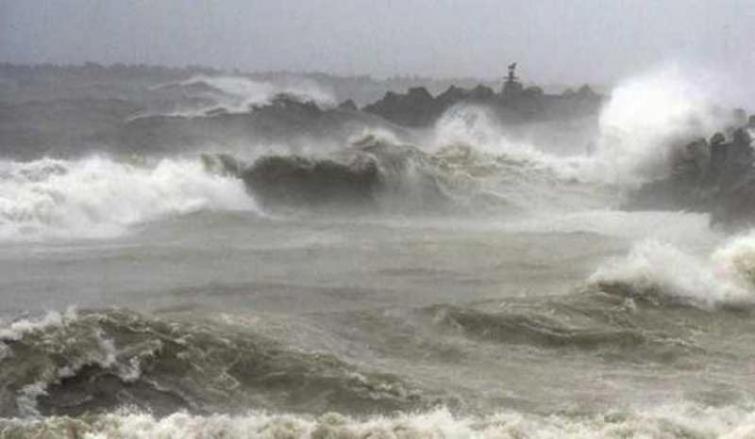 Bhubaneswar/UNI: The cyclone “Yaas” brewing in the Bay of Bengal, is likely to turn into ‘Very Severe Cyclonic Storm’ on May 26 and make landfall somewhere between Paradeep in Odisha and Sagar Island in West Bengal.

IMD Director General Mrutunjaya Mohapatra said the very severe cyclonic storm will have wind speeds of 155 kmph to 165 kmph which might further increase to 180 kmph at the time of landfall.

He said the well-marked low pressure has already intensified further into depression and likely to move North northwestwards and intensify into a cyclonic storm by May 24.

It continues to move north-northwestwards, intensifies further and reaches the northwest bay of Bengal near West Bengal and North Odisha coasts and further intensifies into a severe cyclonic storm.

The IMD Director said the impact of the very severe cyclonic storm will be felt more in the districts of Balasore, Bhadrak, Jagatsinghpur and Kendrapara in Odisha.

It is very likely to increase further, becoming gale wind speed reaching 65 to 75 gusting to 85 over major parts of central Bay of Bengal from May 24 forenoon for subsequent 12 hours and would decrease gradually thereafter.

Squally wind speed reaching 40-50 kmph gusting 60 kmph is very likely to prevail over north Bay of Bengal and along and off Odisha. West Bengal-Bangladesh coasts from May 24 evening.

The wind speed increased further, becoming 90- 100 gusting to 110 kmph from May 26 forenoon and increasing thereafter till May 26 evening.

The sea condition will be rough to very rough over Andaman sea & adjoining the east-central Bay of Bengal on May 23 and 24, high to very high/phenomenal over major parts of the central bay of Bengal, north Bay of Bengal and along & off Odisha- West Bengal - Bangladesh coasts during May 24 to May 26.

Meanwhile, the Odisha government has issued an advisory to collectors of all coastal districts to closely monitor the situation and remain prepared to meet any water logging and localised flood-like situation including urban areas.