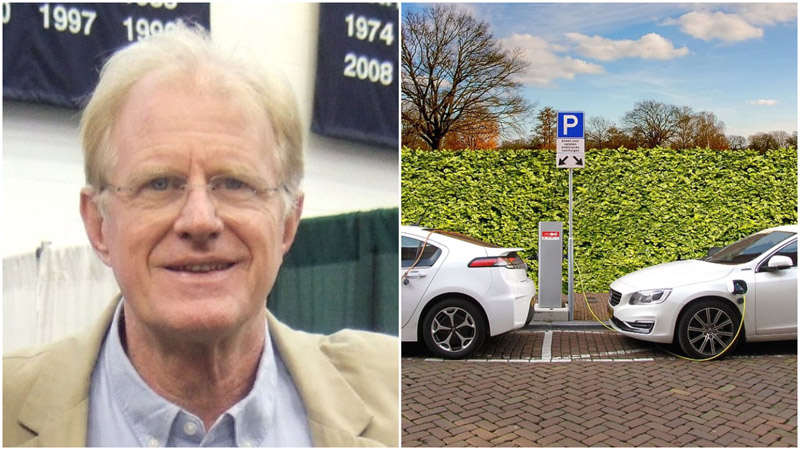 Louisville: When you purchase your first electric vehicle from a guy named Dutch in California, It’s safe to say you can officially be called an EV pioneer.

Ed Begley, Jr., acclaimed actor and staunch environmentalist, acquired the car from a phone book search in 1970. It was a Taylor-Dunne which he describes as more of a golf cart with a windshield wiper and a horn.

Over the next several years, he worked with others to have EVs that were converted from gas cars. Eventually, he drove some of the early EVs commercially available like the GM EV1 and RAV4 EV.

On the occasion of World Earth Day, Louisville-based electric vehicle advocate Stuart Ungar had the pleasure of speaking with Ed for his podcast, “Stu’s EV Universe.” He talks about how he's seen some of the low points in the battle for adopting cleaner modes of fuel and transportation, yet has remained extremely optimistic.

Ed was motivated early on by the terrible pollution in the Los Angeles, California area in the ‘50s and ‘60s.

When he was part of the first Earth Day in 1970, he realized that cleaning up the air and water needed to be a year-round effort.

Ed plants seeds.  While he now enjoys his LEED Platinum certified house and notes that his Tesla Model S is the best car he’s ever owned, he didn’t start out that way.

He is a realist and tells everyone that you need to first start with the low-hanging fruit, and that’s what will make a difference in the long run.  Things like energy efficient lighting and insulation are key.

Ed believes that everyone can learn, grow and change their habits to benefit the Earth.  He finds inspiration in folks like climate activist Greta Thunberg and her message that immediate action on a grand scale is needed to address climate change — that we all need to be part of the solution.

He says a lot more on Stu's podcast, especially about the future of electric transportation. Will legacy auto gain a foothold? Will EV startups take the lead? How does his family factor prominently into his environmentalism?

He also discusses the importance of less consumption and much more. It’s a compelling conversation with my eco-hero.