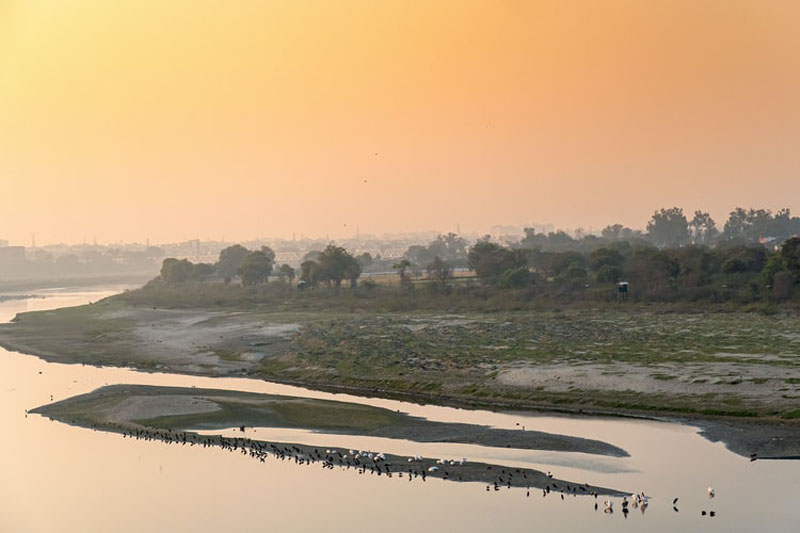 New Delhi/UNI: The Supreme Court on Tuesday asked the committee constituted by the National Green Tribunal (NGT) to submit its report for improving the water quality of the Yamuna river and sought to know the implementation of actions taken against the contamination of the sacred river, the largest tributary of Ganga.

A bench headed by Chief Justice SA Bobde and comprising Justices L Nageswara Rao and Vineet Saran was hearing the suo moto case of contamination of rivers by effluent in the country.

Stating that pollution-free water is a fundamental right, the top court had decided to take up the pollution of Yamuna river first in this regard.

The NGT committee, set up on July 26,2018, comprising its former expert member B S Sajwan and former Delhi chief secretary Shailaja Chandra has also been impleaded in the suo moto case.

In the earlier hearing on Wednesday last, the Delhi Jal Board (DJB) had accused Haryana Government of releasing water containing high pollutants in the river.

The DJB usually halts water supply in the National Capital when the ammonia content in water rises.

However, Haryana claimed that points of discharge of pollutants in Yamuna were located in Delhi.

The Bench had appointed senior advocate Meenakshi Arora as amicus curiae to assist the case.

In the proceedings conducted through video conferencing on Tuesday, Arora submitted that the water quality level as on Monday was excellent and that the ammonium levels were in control.

However, she also pointed out it is imperative that water pollution levels are kept low in the Yamuna river since it is a matter of drinking water for Delhiites.

Arora informed that a river-monitoring committee has been formed by the NGT.

The amicus curiae also prayed the Court to confine the ongoing water dispute between Delhi and Haryana governments to measures for reduction in pollution.

The Apex Court also directed the NGT Yamuna river monitoring panel to submit a copy of its report and implementation of its recommendations.