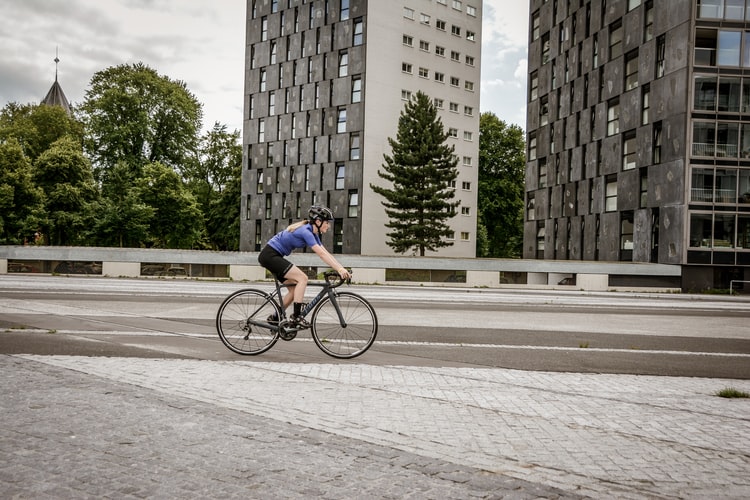 Cycles and other NMT will help reduce pollution and boost urban mobility in Kolkata, say experts

It was in follow-up to the meetings done with Kolkata police where a stakeholder consultation was proposed to consult experts to bring to place a sustainable mobility plan for the city where cycling is given equal road space and safety.

Shantanu Patra, Senior Superintendent Engineer from Kolkata Metropolitan Development Authority’s (KMDA) said there are already plans to introduce a total of 120 km cycling corridor along all the interior roads.

The East-West corridor stretches for 5km and distances are very short allowing cyclists the freedom to move within a distance 2-2.5km from one point to another.

Bi-cycles lanes of 2metre width will also be planned at the edge of the roads using the area which was earlier used for car parking.

Vinay Jaju of SwitchON Foundation said, “Kolkata infrastructure and trip lengths support commuting by walking, cycling and public transport. It was great to hear that Kolkata authorities are already working on a cycle safe infrastructure plan.”

At the stakeholder consultation, experts threw light on the various aspects of drafting a sustainable mobility plan for the city of Kolkata especially in the aspects of promotion of ‘pedestrianisation’, NMTs, encouraging public transportation and electric vehicles in the city roads.

The speakers drew examples from various cities both in India and outside, and suggested policies and infrastructural development which can be implemented in West Bengal to strengthen the urban mobility sector.

The discussions gave an insight on Kolkata’s current mobility status and how it could be enhanced by taking in important lessons from other cities and regions.

Dr Geetam Tiwari of IIT Delhi said, “The current mobility infrastructure in the city is not in favour of cars and hence building rapid mass transit systems would be an ideal step towards decongesting the city.”

Institute of Institute of Transport and Development Policy (ITDP), The Energy Resource Institute (TERI), Tata Institute of Social Sciences (TISS), IIT Delhi and C40 among others also participated in the discussion.

“There is an immediate need to break the stigma around cycling and build more cycle lanes by reducing motorised lanes on main roads and provide cycle priority in neighbourhood lanes,” said A.V. Venugopal who is a Senior Research Associate at ITDP.

Ekta from SwitchON Foundation said, “Cycles are a must to save Kolkata citizens from the dangerous vehicular pollution.”

Dr. Shruti Naraya, Regional Director of East and West Asia, C40 cities, said that Kolkata (already a C40 city) needs to enhance its efforts to drive policy level and implementation changes to bring safe cycling into the current mobility scenario of the city and make it build it into a 15 minute city like other international cities.

In line with Bengal CAN’s earlier discussions with the DC Traffic of Kolkata Police to lift cycle restrictions from major streets across Kolkata and bring cycle safe infrastructure in place, the stakeholder consultation paved a pathway towards building a sustained dialogue in favour of cycle transport in the city and thereby discuss possible policy level measures which can be adopted.