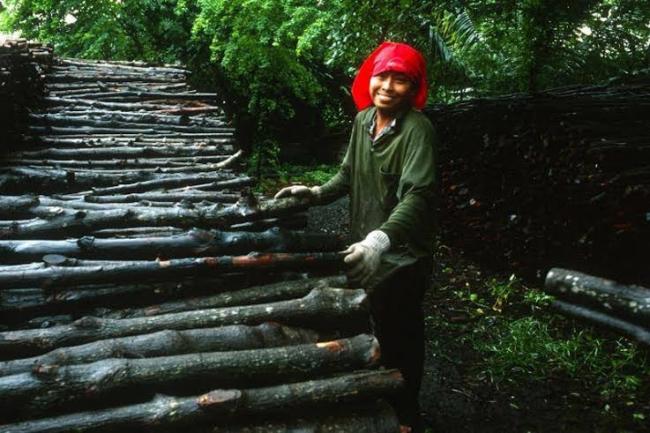 India Blooms News Service | | 21 Mar 2015, 12:02 pm
#Ban Ki moon
New York, Mar 21 (IBNS) The sustainable management and conservation of forests must be included in the sustainable development goals and climate change agreement to be adopted later this year, United Nations officials stressed ahead of the International Day of Forests, observed worldwide on 21 March.

“Forests are integral to the post-2015 development agenda,” Secretary-General Ban Ki-moon said in his message for the Day. “To build a sustainable, climate-resilient future for all, we must invest in our world's forests.”

At least 1.6 billion people directly depend on forests for food, fuel, shelter and income, but everyone benefits from the clean air, water, and climate regulation that forests provide, Ban said. Three fourths of freshwater, crucial for human survival, comes from forested catchments.

Healthy forests are also critical for building resilience – the ability to bounce back from storms and other natural disasters. Mangrove forests, when left intact, reduce loss of life and damage caused by tsunamis.

“Sustaining healthy forests and mitigating and adapting to climate change are two sides of the same coin. Forests are the largest storehouses of carbon after oceans,” the UN chief said, stressing that forests are on the “front lines” of climate change.

Forests can absorb and store carbon in their biomass, soils and products, equivalent to about one-tenth of carbon emissions projected for the first half of this century. At the same time, deforestation and land-use changes account for 17 per cent of human-generated carbon dioxide emissions.

A special event on the occasion of the International Day was held at UN Headquarters on Fridaywith Manoel Sobral Filho, Director of the UN Forum on Forests Secretariat, delivering opening remarks. In the ensuing discussion, three films ranging on topics from the green economy to sustainable development were screened and a panel discussion was held on ‘Forest-based solutions for climate mitigation and adaptation.’

“As the world’s population grows, demand for forest goods and services continues to increase. The dividends from forest stewardship will benefit us, and future generations,” Filho said.

In a news release, Wu Hongbo, Under-Secretary-General for Economic and Social Affairs, said the benefits that forests provide are incalculable. “Forests drive economic development and prosperity, provide jobs and livelihoods, and at the same time, promote health and well-being. Proven solutions exist to create the future we want; investing in our forests is a pathway to transformative sustainable development.”

“Forests are central to the global effort to meet the climate change challenge, eradicate poverty and realise a sustainable century,” said Christiana Figueres, Executive Secretary of the UN Framework Convention on Climate Change.

“The new universal climate agreement to be inked in Paris at the end of the year needs to put in place a swift peaking of global emissions, a deep decarbonisation of the world-wide economy and climate neutrality in the second half of the century,” she stated. “This will not be possible without smarter and more sustainable ways of managing existing forests and the restoration and expansion of many lost and degraded ones.”

The International Day of Forests is dedicated to raising awareness of the importance of all types of forests and trees outside forests. Global celebrations will range from community-level tree-planting events, to publication of new forest data and analysis, as well as cultural activities featuring art, photographs and film festivals.