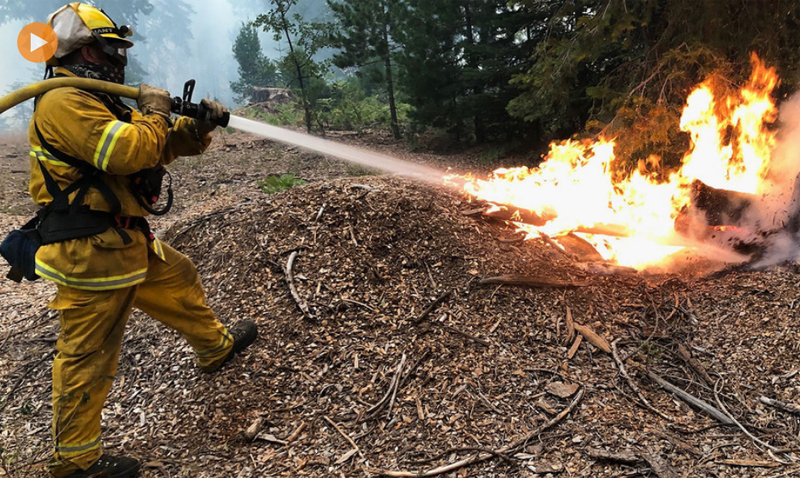 New York: The northern hemisphere experienced its warmest August ever, the World Meteorological Organization (WMO) said on Tuesday, amid searing conditions that have contributed to devastating wildfires on the west coast of the United States.

“It also had its hottest August on record; this is according to figures released last night by the US National Oceanic and Atmospheric Administration (NOAA).”

Data indicates that from June to August, temperatures were 2.11 degrees Fahrenheit (1.17 degrees Celsius) above average.

This surpasses previous warmest periods in 2016 and 2019, Ms. Nullis said, adding that the five warmest summers for the northern hemisphere have occurred since 2015.

The past month was the 44th consecutive August and the 428th consecutive month, with temperatures above the 20th century average. “The 10 warmest Augusts on record have all occurred since 1998”, she said.

The 2020 fire season on the west coast of the US has also been record-breaking in its scale, with some 16,0000 firefighters involved in the effort to protect people and towns in California alone.

“The heat has contributed to a very, very destructive fire season”, Ms. Nullis said. “As we know, the states of California, Oregon and Washington have been worst-hit, entire neighbourhoods razed to the ground, forcing the evacuation of hundreds and thousands of people and tragically causing casualties.”

In addition to fatalities and destruction, the fires have impacted air quality for millions of people and turned skies orange, the UN agency warned. Satellite images show clouds of smoke billowing over the western Pacific and likely travelling more than 1,300 miles (2,092 kilometres).

The smoke led to a hazy morning on the opposition coast, as the sun battled to shine through an unusual layer of smog in New York City.

Citing “red flag” conditions in northeastern California for much of this week, Ms. Nullis explained that this was the most dangerous threat level and that it is characterised by a combination of strong winds and tinder-dry conditions.

Of 41,599 fires recorded in the US so far this year, 36,383 were caused by human activity, the WMO spokesperson continued, with more than 2.5 million acres scorched across the United States.

California saw most individual blazes, with 7,072 human-caused fires reported, according to the US National Interagency Fire Center.

Ms. Nullis also warned that the US National Hurricane Center issued advisories for “no less than five” tropical cyclones over the Atlantic basin – tying with the record for the highest number of tropical cyclones there at one time.

The 2020 Atlantic hurricane season is so active that it is expected to exhaust the regular list of storm names, the WMO spokesperson said. “If this happens, the Greek alphabet will be used for only the second time on record,” she added.