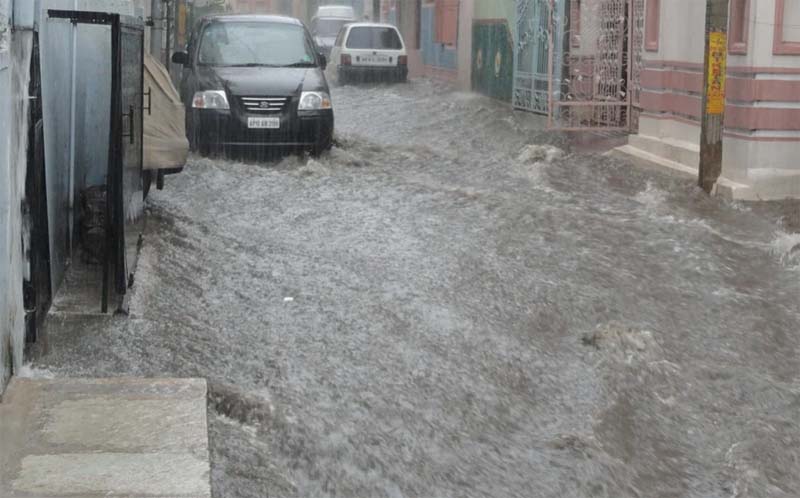 Islamabad/Xinhua: At least 163 people have been killed while 101 others were injured since June 15 of this year in separate incidents triggered by torrential monsoon rains in Pakistan, the National Disaster Management Authority (NDMA) said in a report.

Sharing the data of casualties from June 15 to Aug. 30 on its website on Sunday, the authority said rescue and relief operations are being carried out in the affected areas by concerned departments of the government, army and non-governmental organizations.

South Sindh province was the worst hit where 61 people were killed and 22 others injured in the rain-related incidents, the authority said, adding that 59 houses were also damaged in the heavy downpour.

Provincial capital Karachi of Sindh was worst-hit in the rains where urban flooding brought life to a standstill. According to local media reports, 90 percent of commercial activities were halted in the city after heavy downpours started lashing the city days ago and are still continuing.

A total of 48 people were killed and 44 others injured in the northwest Khyber Pakhtunkhwa province, the NDMA said, adding that 54 more were killed when the rains wreaked havoc in other parts of the country.

The NDMA has provided tents, food items, blankets, mosquito nets, among others, in the affected areas.

The Pakistan Meteorological Department has predicted more torrential rains in parts of the country on Monday and issued warning of urban flooding in some cities including Karachi.

The monsoon winds are the major source of downpour in the country during the months of July-September. The rains also cause destruction in the country almost every year, inundating low-lying areas and sweeping away houses located near river banks.

This year, the meteorological department forecast more than usual rains during the ongoing season, and concerned departments have issued advisories for the general public to take self-precautionary measures.