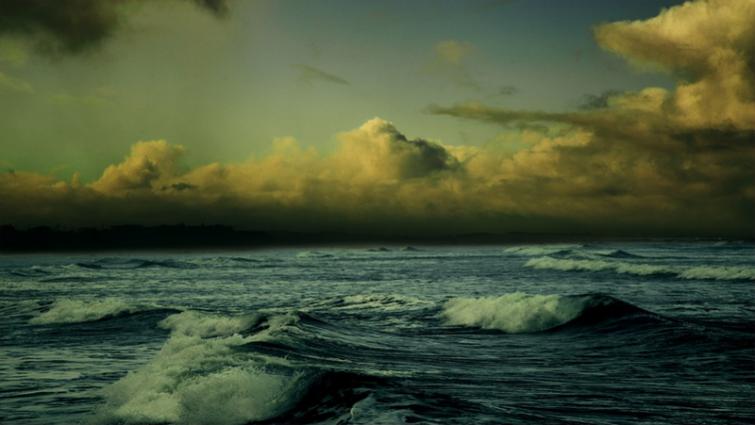 'Amphan' intensifies into severe cyclonic storm over Bay of Bengal

As per the IMD bulletin, Amphan moved slowly northwestwards with a speed of three kmph during past six hours, intensified into a Severe Cyclonic Storm and lay centred over the same region at 0830 hrs IST on Sunday(17th May) near latitude 11.4°N and longitude 86.0°E, about 990 km south of Paradip (Odisha), 1140 km south-southwest of Digha (West Bengal) and 1260 km south-southwest of Khepupara (Bangladesh).

'It is very likely to intensify further into a Very Severe Cyclonic Storm during next 12 hours. It is very likely to move nearly northwards slowly during next 24 hours and then re-curve north-northeastwards and move fast across northwest Bay of Bengal and cross West Bengal – Bangladesh coasts between Sagar Islands (West Bengal) and Hatiya Islands (Bangladesh) during the Afternoon / Evening of 20th May 2020 as a Very Severe Cyclonic Storm,' the IMD informed.

Union Home Ministry and other central agencies have been in constant touch with the State authorities of West Bengal and Odisha.

Cabinet Secretary Rajiv Gauba, while chairing the National Crisis Management Committee (NCMC) meeting to review the preparedness for this situation on Saturday, directed that immediate assistance, as required, be provided.

During the NCMC meeting, officers of the states' administration concerned confirmed their preparedness to deal with any emerging situation arising out of the cyclonic storm. The fishermen have been warned not to venture into the sea, they said.

Cyclone shelters have been readied and areas requiring evacuation of people identified, they added.

The National Disaster Response Force (NDRF), Armed Forces and the Indian Coast Guard have been put on alert and coordinating with the state government authorities. They are pre-positioning themselves adequately.

The Home Ministry officials said that they have also been in continuous touch with the state governments and Central Agencies concerned.