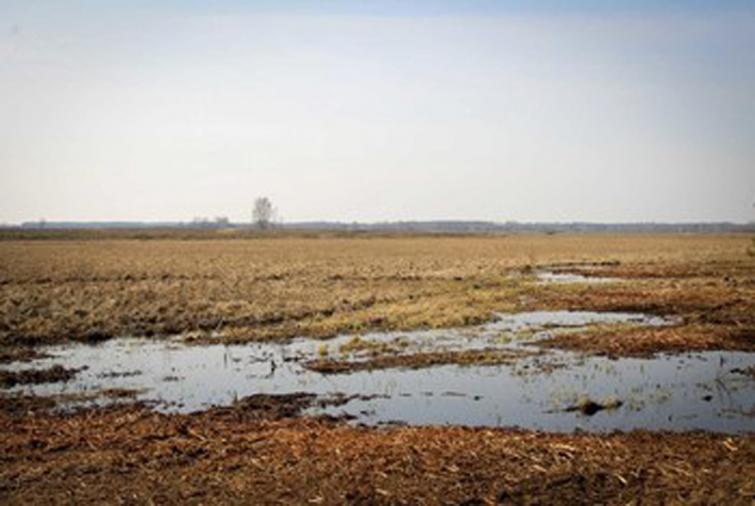 New York/IBNS: A blueprint for how countries can keep carbon in fragile land-based carbon sinks to reduce greenhouse gas emissions has been unveiled by the UN Food and Agriculture Organization (FAO).

Launched on Wednesday, the guidelines for peatland mapping and conservation come as around 15 per cent of the world's peatlands have already been drained mainly for cropping, grazing, forestry and extraction.

It also indicates when action is required to stop these carbon sinks from drying out.

For countries to successfully reduce greenhouse gas emissions and the fire risk caused by peatland degradation, monitoring them – and especially their water level – is key, FAO maintains.

The task requires a mix of satellite and ground-based data, as well as access to high-quality imagery.

Peatlands play a pivotal role in global climate regulation, FAO insists; even though they cover only three percent of the world’s surface, they contain as much carbon as all its vegetation.

If they are destroyed by fire or by being drained, all the carbon that they have accumulated over thousands of years risks being released over a few decades.

The FAO’s online mapping technology has already been successfully implemented for the first time in Indonesia – which has 40 per cent of all tropical peatlands.

The country has been particularly active in taking action to change drainage and deforestation practices that, since the 1980s, have led to extensive fires.

The FAO technology is also going to serve the needs of the Congo Basin by helping to avoid fires.

In Peru, moreover, the UN agency’s advice is being employed to protect and manage the coastal, Andean and Amazonian peatlands.

The FAO publication is the joint work of 35 expert authors from 14 countries, and highlights experiences from tropical peatland countries such as Indonesia, the Democratic Republic of the Congo and Peru, and the temperate regions.

To avoid their degradation and effectively plan their restoration, peatlands should be urgently mapped and monitored, the UN agency says.

But recognizing peatlands is not easy, so “mapping and monitoring need to be approached as a complex and nuanced exercise,” said Hans Joosten, a peat expert and the FAO guidelines co-author. Surface vegetation types, for example, are predominantly mosses for arctic peatlands, mostly reeds in the temperate zones, and mangroves or peat swamp forests in the tropics.

Peatlands are still being discovered, including one of the world's largest – larger than England – connected tropical peatland complex in the remote and hard-to-access Cuvette Centrale region of the Congo rainforest.