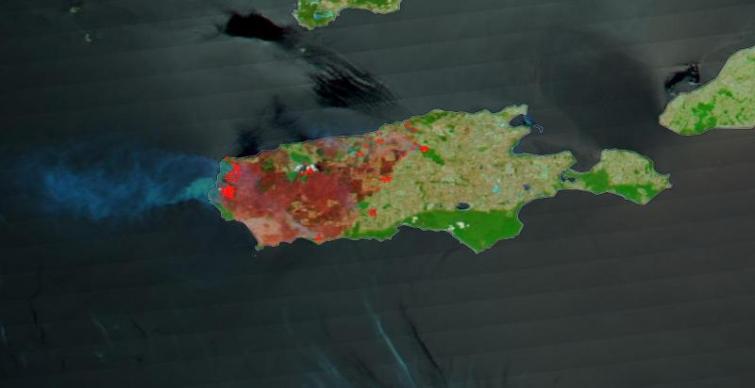 Washington/IBNS: NASA's Terra satellite provided before and after imagery that showed the extent of the fires that have been ravaging Australia's Kangaroo Island.

Kangaroo Island lies off the mainland of South Australia, southwest of Adelaide. About a third of the island is made up of protected nature reserves which are home to native wildlife which includes sea lions, koalas and diverse and endangered bird species, including glossy black-cockatoos which have been brought back from the brink of extinction over the last two decades, read the NASA website.

In addition to it being a very popular tourist destination for both Australians and nature lovers, the island even boasts a colony of Ligurian honey bees which are the world's only pure-bred and disease-free population of this type of bee.

Which makes the devastating bushfires that have laid waste to almost one-third of the island not only just a major tragedy for the island but an ecological tragedy as well. The bushfires began as lightning strikes within Flinders Chase National Park.

Ecologists within the park put estimates of the number of koalas that have perished in the fire at 25,000 which is half the island's population of the popular animals.

NASA's fleet of satellites are able to monitor from their various satellites the extent of the damage and the areas continuing to burn which assist firefighters in fighting these major disasters. 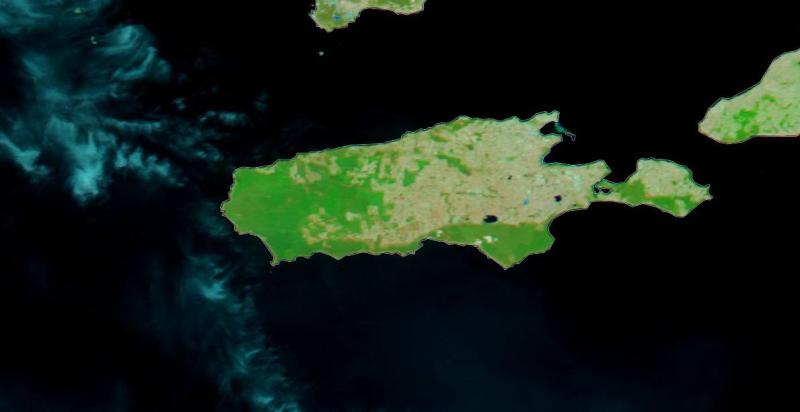 Burned areas or fire-affected areas are characterized by deposits of charcoal and ash, removal of vegetation and/or the alteration of vegetation structure.

When bare soil becomes exposed, the brightness in Band 1 may increase, but that may be offset by the presence of black carbon residue; the near infrared (Band 2) will become darker, and Band 7 becomes more reflective.

"When assigned to red in the image, Band 7 will show burn scars as deep or bright red, depending on the type of vegetation burned, the amount of residue, or the completeness of the burn. Vegetation is very reflective in the near infrared (Band 2), and absorbent in Band 1 and Band 7. Assigning that band to green means even the smallest hint of vegetation will appear bright green in the image," read NASA website.

NASA’s satellite instruments are often the first to detect wildfires burning in remote regions, and the locations of new fires are sent directly to land managers worldwide within hours of the satellite overpass.

Together, NASA instruments detect actively burning fires, track the transport of smoke from fires, provide information for fire management, and map the extent of changes to ecosystems, based on the extent and severity of burn scars.

NASA has a fleet of Earth-observing instruments, many of which contribute to our understanding of fire in the Earth system.

Satellites in orbit around the poles provide observations of the entire planet several times per day, whereas satellites in a geostationary orbit provide coarse-resolution imagery of fires, smoke and clouds every five to 15 minutes.