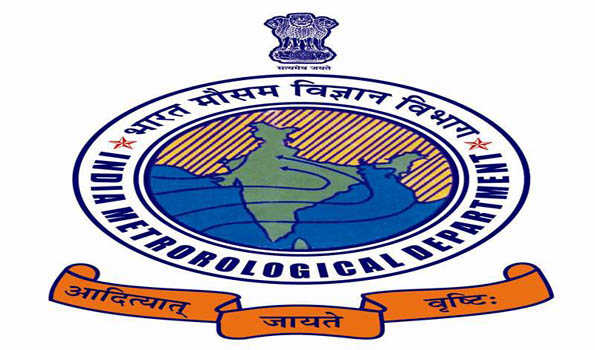 Depression over Bay of Bengal to intensify into Cyclonic storm in upcoming 36 hrs : IMD

The IMD said, the depression is very likely to intensify further into a deep depression during next 24 hours and into a Cyclonic Storm during the subsequent 12 hours.

It is very likely to move northwestwards off Sri Lanka coast during the next 96 hours and reach near North Tamil Nadu and South Andhra Pradesh coasts on the evening of April 30. Heavy rains under the impact is expected to bring much needed relief to parched-reservoirs in Chennai.

Light to moderate rainfall at many places with heavy falls at isolated places is very likely over North coastal Tamil Nadu on April 30 and May 1 and over Kerala on April 29 and 30.

Light to moderate rainfall at many places with heavy falls at isolated places also very likely over South Coastal Andhra Pradesh on April 30 and light to moderate rainfall at most places with heavy to very heavy falls at isolated places likely in Coastal Andhra Pradesh on May 1, IMD said.

The Cyclone 'Fani' in the Bay of Bengal is expected to bring heavy rainfall and winds in Puducherry.

A Red Alert has been issued in Tamil Nadu by IMD on April 30 and May 1.

Meanwhile, a meeting was Chaired by Chief Secretary Girija Vaidyanathan at the Secretariat today during which strategies were devised to minmise the damage.

IMD also said Wind speed would touch 90-100 kmph gusting to 115 kmph along and off North Tamil Nadu and Puducherry and adjoining south Andhra Pradesh districts coasts from the afternoon of April 30.

The department has advised fishermen against venturing out into sea in the Indian Ocean and Bay of Bengal till May 1.

The IMD bulletin said sea condition will be rough to very rough between April 26 and April 30.