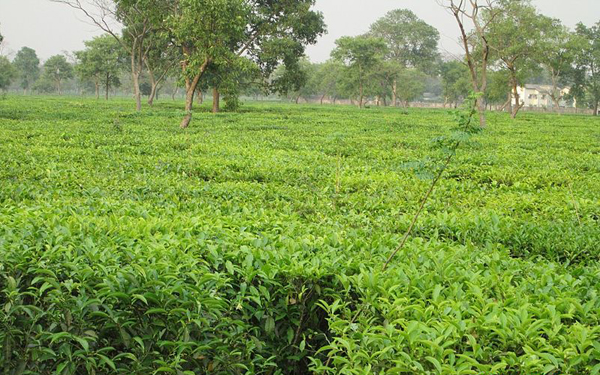 Non pesticide management is the future of tea cultivation: Greenpeace

These are stories of success, restored biodiversity and prosperity from West Bengal, Assam, Meghalaya and Tamil Nadu, where pests and chemical usage have impoverished thousands of farmers. These case studies share a common narrative of hope and of how the pesticide treadmill can be tackled effectively.

There are case studies in tea cultivation from West Bengal that showcase how a large estate, the Bamandanga and Tondoo Estate of Jalpaiguri district, measuring 450 ha, has parts of the estate that produce higher yield of 3000kg/ ha than the average of a conventional tea garden in the region 1800-2000 kg/ha. The estate also does not spend as much on alternatives like cow dung and fish waste, like they would have on chemical pesticide equivalents.

"For most small tea growers in the North East, farming using ecological approaches is instinctive. But the fact that there is no continuous knowledge of ecological practices and advice by pesticide sales agents, small tea growers get caught in a vicious chemical cycle, which has a heavy cost to their finances and soil health. It is very important for the Tea Board along with the Government of India to provide support systems like knowledge transfer and marketing facilities that will help STGs move towards ecological approaches and will be beneficial to them in the long run," said Tenzing Bodosa, small tea grower of Kachibari village, Assam.

The case studies also shows that small tea growers from Meghalaya and Assam practicing ecological tea cultivation are seeing yields at par with conventional tea gardens. While another small tea grower from the Nilgiris, Ramesh Babu has proved that maintaining a natural system of balance in the ecosystem and not using any chemicals has resulted in higher yields which is 1500 kg/ ha for his tea garden while the conventional gardens it is 800kg/ ha.

The documentation of these case studies clearly shows that increased use of chemical pesticides is placing a strain on overall margins and there is also a growing incidence of pest resistance. But overnight cessation of chemicals is not the answer. Therefore, Greenpeace is advocating a gradual phase out of chemicals for entire regions based on an ecosystem approach. The main components of this are improving soil health and plant physiology, understanding pest behaviour and pest cycles and improving and using biodiversity.

“Greenpeace calls on the Tea Board and the Ministry of Commerce to support this shift to ecological agriculture in the tea sector and draft a policy that facilitates and encourages the movement of the tea sector away from the pesticide treadmill towards Non Pesticide Management, as a first step towards ecological farming. This policy should also be inclusive and be evolved due to participation of all stakeholders,” said Neha Saigal, Senior Campaigner, Greenpeace India.

Earlier this year Greenpeace India had launched its report “Trouble Brewing2” highlighting the presence of pesticide residue in tea. Over 50,000 people joined the campaign asking the tea companies to phase out pesticides from tea. This resulted in four major tea companies like Tata Global Beverages Ltd3, Hindustan Unilever Ltd4, Girnar Tea5 and Wagh Bakri6, committing to a roadmap to eliminate pesticides in tea cultivation.

“While tea companies have taken the first step and are preparing towards pilots on Non Pesticide Management in different growing tea, it is important for the government to support this movement of the tea sector and also facilitate the shift of small tea growers towards ecological cultivation,” added Saigal.

Greenpeace also demands that a road-map be created for small tea growers to move away from chemicals towards ecological farming. This road-map should include the building of support systems. The first concrete step to this road-map would be pilots in different tea growing districts.