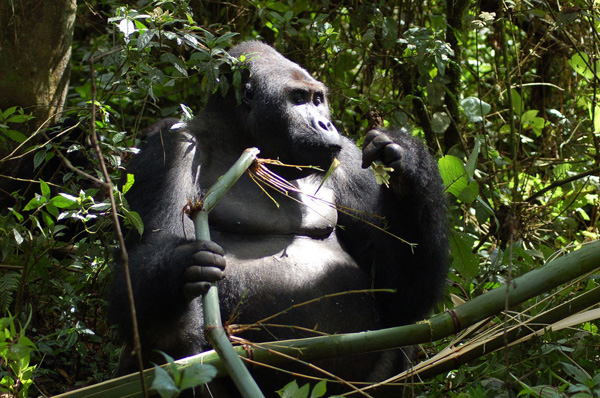 India Blooms News Service | | 14 Oct 2014, 06:51 pm
#DR Congo, # Garamba National Park
New York, Oct 14 (IBNS) During a visit to the Garamba National Park, the top UN official in the Democratic Republic of Congo (DRC) urged national and international actors to step up efforts in preserving the natural resources and rich biodiversity of the Park located in the north-eastern part of the country.

“Armed group activity is eastern DRC is largely funded by the proceeds from illegal trade and trafficking of the country’s rich natural resources,” said  Martin Kobler, who heads the UN Organisation Stabilization Mission in the DRC (MONUSCO).

“Our efforts to track down these negative forces must also address the drivers of the conflict,” he added in a statement released by his office on Monday.

Poaching has in recent years greatly depleted the wildlife population in the Garamba National Park. And despite intensified anti-poaching efforts, more than 60 elephants have been killed in the Park only since April 2014, according to Park management.

The main perpetrators are armed groups, of which most important is the Lord’s Resistance Army (LRA),  Kobler said, calling for a more sustainable and concerted effort to eliminate the threat of armed groups and their illegal economic activities.

Increased protection of the park will not only save endangered animal species, but also ensure a secure environment for the local population, said  Kobler. He also commended the efforts of park rangers and other actors who protect the Garamba National Park.

Joining  Kobler on his park visit was the Deputy United States Ambassador, the Moroccan Ambassador as well as members of the MONUSCO team.

Gorillas have becomes an endangered species. In recent decades gorilla populations have been affected by habitat loss, disease and poaching as is the case in the DRC. Photo: UNEP (file photo)