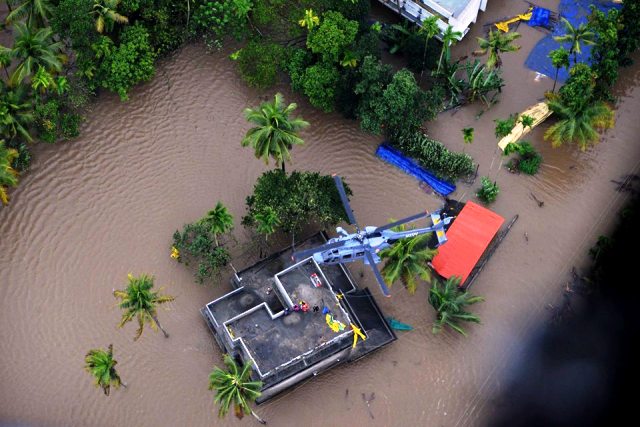 Thiruvanthapuram, Sept 3 (IBNS) : Three more people have died of leptospirosis or 'rat fever' over Saturday and Sunday as Kerala limps back to normal after a devastating flood, media reports said.

There has been an outbreak of the disease following the devastating floods that lashed the state in August, with at least 15 deaths.

In the past two days, eight people have died due to the disease that transmits from animals to humans. The risk of contaminating the disease is high during flooding, NDTV reported.

The report said Vijeesh (34) and Saleemsha (42) from Kozhikode, and Prameela, a 42-year-old woman from Malappuram, succumbed to the disease in the last 72 hours.

Currently,68 suspected cases and 33 confirmed cases of leptospirosis have been reported in the state.

On August 28, the state Health Department issued an alert in 5 districts, Thrissur, Palakkad, Kozhikode, Malappuram and Kannur following a sudden spike in suspected cases of leptospirosis in these districts.

Additional Chief Secretary, Rajeev Sadanand, confirmed to TNM that the alerts have been issued in most parts of the state, including Kasargod, which was previously not under any alert.