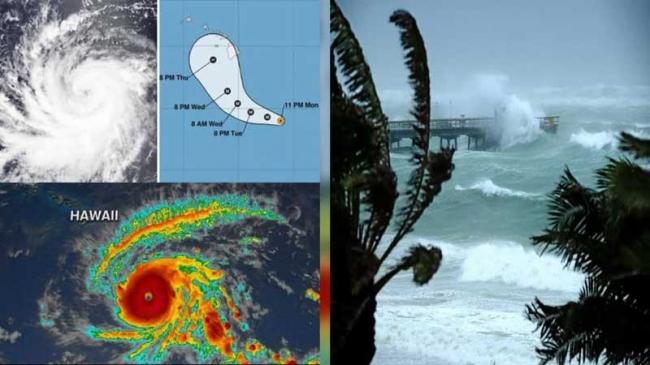 Honolulu, Aug 24 (IBNS): Hawaii is presently fighting a series of calamities as the category three Hurricane Lane approaches its land.

Incessant rains have resulted in flash floods and landslides, forcing US President Donald Trump to declare a state of emergency.

As the hurricane neared, it brought with it winds of speed 125 mph.

According to the National Weather Service, even though the storm has been downgraded, the situation remains dangerous.

The White House said that federal authorities were keeping a close eye on the situation and if the need arises, will provide support and supplies to the local and state emergency response efforts.

The weather has forced United Airlines to cancel all Friday flights to and from the main airports on Maui.

Schools and offices too remained closed.