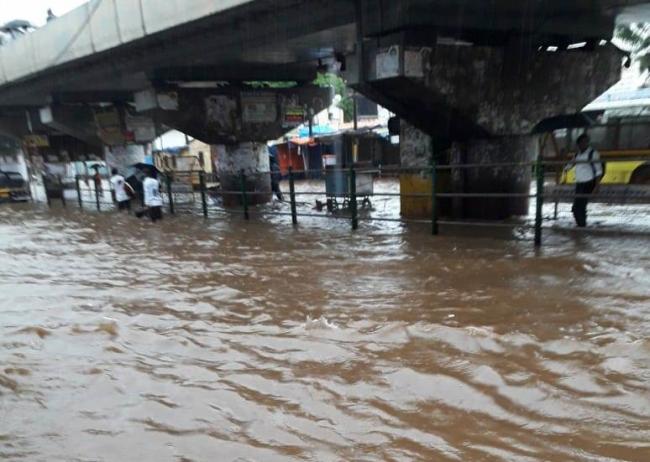 Local train services in and around Mumbai have been badly hit due to rain and water logging on tracks.

As rainwater accumulated on tracks, suburban trains services between Vasai and Virar near Mumbai have been suspended, announced Western Railway.

Trains are running late in some routes, said Western Railway.

As a precautionary measure, school ans colleges in Mumbai remained closed on Monday.