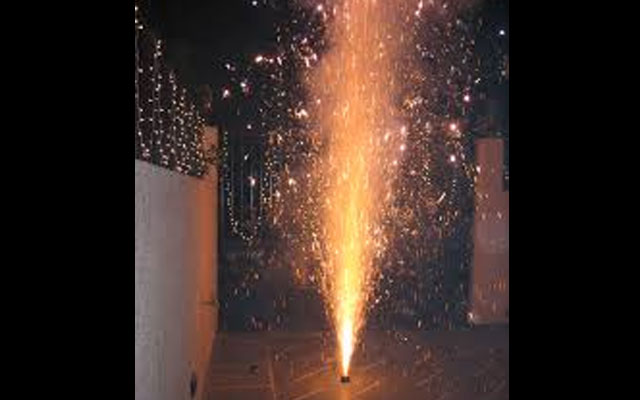 While there is no doubt about construction activities, road dust, vehicular pollution, waste burning and other such factors being majorly responsible for deteriorating air quality in and around the city, majority of right-minded people in Delhi-NCR feel that no source of pollution is too small to be ignored when it comes to the public health concerns, highlighted the survey conducted by ASSOCHAM as part of its Corporate Social Development initiative.

The ASSOCHAM Social Development Foundation (ASDF) randomly interacted with about 2,000 people in general at entry and exit points of Delhi Metro stations across the city during the last weekend to ascertain views of common Delhiites on Supreme Court’s October 9 order suspending sale of firecrackers in Delhi-NCR.

“Banning sale of firecrackers is a very welcome move as smoke from fireworks is a common trigger for many individuals with asthma, many people experience respiratory distress, bronchitis, persistent cough, burning eyes, itchy throat and other related problems,” said ASSOCHAM president, Sandeep Jajodia while releasing the findings of the survey.

“Air pollution in Delhi-NCR is not just devastating the environment but it might also hurt brand India thereby severely hitting sectors like tourism, outdoor recreation as people tend to stay away from polluted areas to avoid dense and toxic air,” said Jajodia.

“Sunshine and good air have become luxury for Delhiities who have been dealing with anxieties over pollution, traffic, and related stress,” added the ASSOCHAM chief.

“Though schools along with resident welfare associations and those in healthcare/medical sector/community have been carrying out campaigns across India with a view to sensitise people about harmful effects of firecrackers which has also led to growing environmental awareness, a judicious mix of command and control measures is the key to protect public health as pollution levels have only been going up during Diwali from year-to-year,” he said further.

Over half of the total respondents (55 per cent) said that ban on sale of firecrackers in Delhi-NCR must be welcomed considering the need to avoid a spike in pollution to hazardous levels even though many of these opined that effectiveness of such a ban remains to be seen.

Of those supporting the ban, some also said that it is high time that authorities also take equally stringent steps to curb other factors contributing to air pollution.

While about 35 per cent respondents expressed anguish, resentment and felt that apex court's ban would mar the festive mood as there has been a long tradition of lighting fireworks on the festival of lights - Diwali especially in northern parts of India. Some of them even went on to the extent of terming the ban as ‘unfair.’

Many of them also said that it would only lead to rise in discreet sale of firecrackers and said that instead of being selective only for Diwali, there should be a blanket ban on firecrackers for all festivals celebrated in Delhi-NCR.

The remaining said that ban is not going to make much difference to air pollution levels and seemed indifferent about the ban. Many of these also said that the authorities should have been considerate about fireworks’ manufacturers, traders and their families.

Many even suggested that industry in India must come up with green fireworks which are made of special paper and without sulphur as after being lit they emit less smoke and leave almost no scrap.

Overall, majority of respondents said they are geared up for Diwali as they have already purchased face-masks to protect themselves from toxic air pollution.

There are about 800 licensed fireworks units in and around Sivakasi town in India’s southern state of Tamil Nadu where this industry accounts for a market size of about 2,500 crore and employees about 10 lakh workers in both organised and unorganised sectors.

As per experts, the fireworks industry in India has been registering degrowth of about 40 per cent annually during the course of past about five years leading to rapid decline in profit margins of manufacturers and traders (wholesale and retail) owing to prevalence of illegally imported Chinese firecrackers, rising raw material prices, dearth of labour, restrictions imposed by local administration, anti-cracker campaigns and other inter-linked factors.