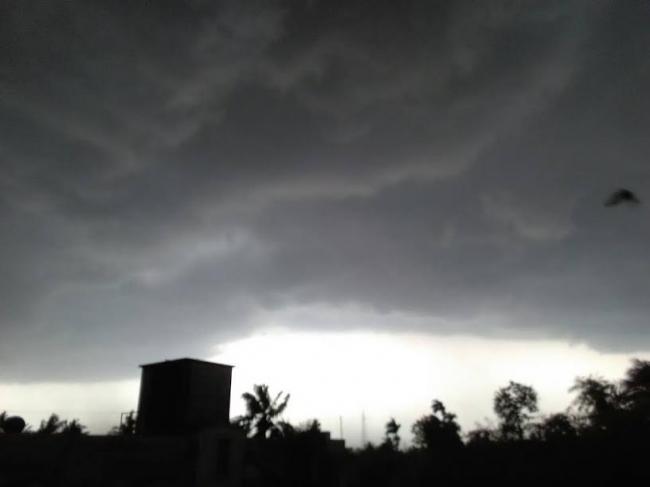 India Blooms News Service | | 13 May 2017, 11:35 pm
#Thunderstorm, #Downpour, #Bengal, #BengalThunderstorm, #WestBengal, #KolkataThunderstorm
Kolkata, May 13 (IBNS): At least 12 persons were killed and several others were injured in separate parts of West Bengal as a nor'wester thunderstorm lashed the state with heavy shower on Saturday evening, reports said.

According to reports, lighting strikes killed three men in West Burdwan's Asansol, four persons in East Burdwan's Mangalkote, Galsi and Ausgram areas and another at Pandua in Hooghly district of West Bengal.

Meanwhile, one in Purulia, a woman at Purbasthali in East Burdwan, one in Hooghly's Pandua and another man in Durgapur were killed when uprooted trees fell on them during the nor'wester.

At least two persons were injured when a tree fell on an autorickshaw due to the evening storm at Laketown area in Kolkata, when uprooted trees partly disrupted traffic in the city.

Due to the massive nor'wester, train service from Howrah and Sealdah stations in Kolkata was hit for hours while the arrivals and departures of few flights were delayed in Netaji Subhas Chandra Bose International (NSCBI-CCU) airport during the thunderstorm.